Why Some Cultures Are More Intelligent Than Others 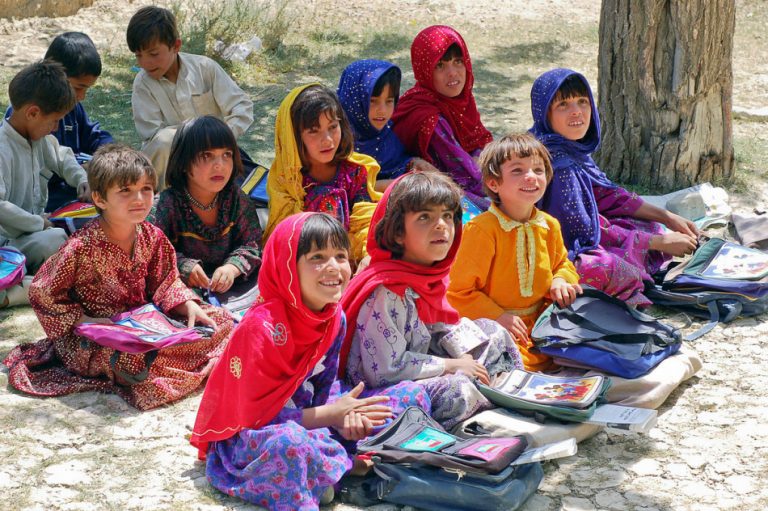 School children sitting in the shade of an orchard in Bamozai, near Gardez, Paktya Province, Afghanistan. (Image: via Wikimedia Commons)

The intelligence of a person is said to be influenced by several factors, like heredity, age, race, childhood nutrition, and so on. However, there is one significant factor that determines the how intelligent an individual is — the culture of the society into which they are born and raised. In this regard, being born in a culture that values education is a big plus.

A culture of education determines how intelligent a person becomes

An important aspect of any successful civilization is not only the creation of knowledge, but also its successful transfer to the next generation. Each new generation inherits all knowledge of the previous generations and adds their own to it. This ensures a logical continuance where newer generations end up smarter than the previous ones.

“Because of cumulative culture, we don’t need to reinvent the wheel with each new generation — quite literally… All we need is to go to school, or to own a library card, or to have an Internet connection. We can then download into our brains some of the achieved knowledge of the species. This subsequently becomes the starting point for the next round of innovation,” according to Psychology Today.

A society that values education will inevitably create people who more intelligent than those where education is not valued. Whether it be ancient Greece, Egypt, India, or China, one can easily trace a well-developed system of education in those cultures. The influence of Confucianism, which placed a high value on knowledge accumulation for self-development, played a big role in shaping the education culture of China.

In modern times, Western societies, which invested heavily in public education and setting up world-class universities for the past couple of centuries, easily overtook the East and became the dominant culture of the world, producing some very intelligent people like Newton, Einstein, and Nietzsche.

Together with a well-developed education system, another critical factor that determines how intelligent one is is the role of parents. Cultures in which parents exercise strict authority over children have an easier time ensuring that kids complete their education, guaranteeing that society turns out smarter.

“In Chinese culture, where parents assume much responsibility and authority over children, parents interact with children in a more authoritative manner and demand obedience from their children. Children growing up in such environments are more likely to comply with their parents’ requests, even when they are reluctant to do so. By contrast, Chinese immigrant children growing up in England behave more similarly to English children, who are less likely to follow parental demands if unwilling,” according to Ching-Yu Huang, Lecturer in Psychology, Bournemouth University (The Conversation).

A significant development in recent times has been the widespread adoption of meditation. Several experiments have shown that regular meditation can influence intelligence. In fact, a study found that the IQ of people who meditated improved by an impressive 23 percent. So why does meditation improve intelligence? It all has to do with the fact that meditation slows down brain activity.

“As slower brainwaves take over (also known as being in a delta or theta state), the brain increases its own plasticity, or ability to reorganize itself. By practicing focused attention during meditation, whether on your breath, a mantra, or even music, you give your brain just the right kind of respite,” according to Inc.

Today, several educational institutions schedule regular meditation programs for their students. Combined with a culture of education and good parenting, meditation has the potential to create societies which are far more intelligent than any in human history.