China Has a Big Bribery Problem 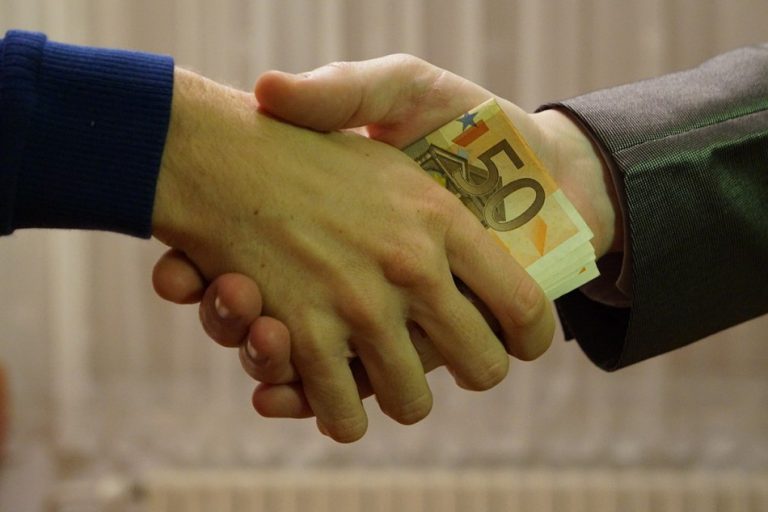 Unlike Western nations where bribery is seen as ‘dirty’ and something to be ashamed of, the Chinese, after the arrival of the communists, have seen bribery as normal. (Image: via Wikimedia Commons)

China is aiming to be the No. 1 superpower in the world. But the country has many fundamental problems, among which is a long history of bribery. Unlike Western nations, where bribery is seen as “dirty” and something to be ashamed of, the Chinese, after the arrival of the communists, have seen bribery as normal.

A culture of bribery

According to Transparency International’s Corruption Perceptions Index, China is ranked a dismal 77 out of 180 countries, showing how deep-rooted bribery has become in the country.

It is very common for patients to “gift” red envelopes filled with cash to doctors in order to be prioritized in the country’s medical system. People also gift money to ensure that the doctor actually does a good job with their surgery.

Even in kindergartens, bribery is widespread. This is especially true in highly reputed schools, where parents gift red envelopes in hopes of gaining admission for their children. Plus, gifting ensures that the teachers will pay extra attention to their kids.

In addition to the infamous red envelopes, government officials, doctors, teachers, etc. receive gifts like cigarettes, groceries, and even luxury handbags. Giving gifts to someone in a superior or influential position has been a part of Chinese society for centuries, but this has reached points of depravity during the rule of the Communist Party.

“An educational campaign would be the most obvious way of doing it, to make it clear that China is moving forward, it’s now in the 21st Century, and some of the traditions [and] cultural patterns need to change… But we all know that culture takes a long time to change,” Leslie Holmes, professor emeritus of political science at the University of Melbourne, said to ABC News.

In 2012, President Xi Jinping started a widespread anti-corruption campaign to end bribery. Over the past five years, more than 1.5 million government officials have reportedly been snared as a result. In fact, Xi has made it his personal mission to end corruption in China. However, many political analysts feel that removing bribery from Chinese society would be impossible as long as the Chinese Communist Party (CCP) is in power.

In communist societies, individual rights have little value. People in positions of power have absolute control over society. Consequently, the public ends up engaging in bribery to get things done, since they don’t want to “disappoint” an influential person and suffer negative consequences. This is the fear that drives people to give government officials and doctors money to get a task done.

In contrast, democratic societies value individual rights and give legal protection to them. A sense of personal responsibility is developed in a society where everyone is bound to fulfill their task as expected without taking bribes. People can sue someone for asking for bribes. The strict laws ensure that bribery is kept to a minimum. This is why 9 of the top 10 countries on Transparency International’s list are democracies.

“To get rid of corruption in an economy, you really have to strengthen the rule of law, you have to downsize the government, reduce the role of government, and also liberalize the press, give the press more leeway in exposing corruption,” Minxin Pei, professor of government at Claremont McKenna College in the U.S., said in a statement (Forbes).

Unfortunately, Chinese society has moved in the opposite direction, with the CCP increasing its influence over the society.