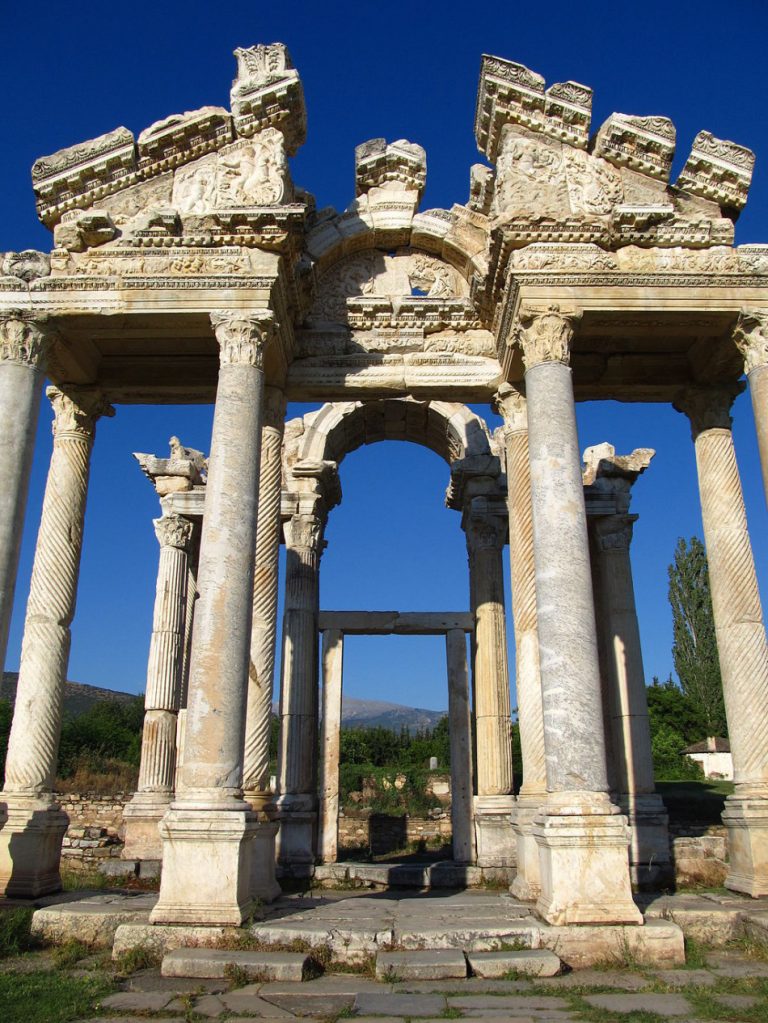 Aphrodisias, located in the Southern Aegean region of Turkey, is one of the best preserved Greek cities. (Image: Tyler Cole via Wikimedia Commons)

People who want to get a firsthand experience of Greek history usually pack their bags and jet off to visit the ruins in Greece. However, its neighbor Turkey has one of the best-preserved Greek cities known as Aphrodisias. Located in the Southern Aegean region of Turkey, the city was named after the Greek goddess of love, Aphrodite.

During the 8th century B.C., Aphrodisias attracted a large number of pilgrims who used to visit the place to pay homage to the goddess. Being located near a marble quarry, the city had a continuous supply of high-quality marble. Eventually, the marble sculptures of the city became very famous in Rome.

Since the city is located in an earthquake zone, it has repeatedly suffered from a great deal of damage at many periods during its existence. However, a 7th century B.C. earthquake put the city in such disrepair that it never fully recovered. During the 4th century B.C., another earthquake changed the water table in such a way that the city became a victim of constant flooding.

The beauty of Aphrodisias is so marvelous that anyone who sees it for the first time is sure to wonder how ancient people built such beautiful sculptures and monuments.

The first place you should visit is, of course, the temple of Aphrodite. Though the character of the building was changed after it became a Christian basilica, one can clearly see ancient Greek artistic influence. Next, a visit to the Bouleuterion will give you an idea of what a Greek council house looked like. It is a semicircular auditorium that consists of a shallow stage. About 1,750 people could sit inside it.

The most spectacular monument in the region is the stadium of Aphrodisias. Nearly the length of 2.5 football fields, the stadium is believed to have had a seating capacity of 30,000 people, which is huge for ancient times. It was mostly used for athletic events.

A well-preserved bathhouse is also present in the city, which is also worth a visit. It used to be a place of relaxation for the people of the city. And for those who like to go through ancient inscriptions, the city has more than 2,000 of them. These have survived in excellent condition thanks to the high-quality marble onto which they were inscribed.

Right at the entrance, you will find the Aphrodisias Museum, which displays the many sculptures and other artifacts from the city. If you are short of time and cannot tour the place in full, the museum will give you a brief glimpse of the wonder that is Aphrodisias.

There are several bus tours to Aphrodisias from Pamukkale. Tourists usually get about 3 hours to explore the city. However, if you want to stay for a longer period, you should rent a car. You can reach the city by arriving at the cities of Nazilli or Tavas, from where you just need to take the road D585 and follow the signs. There is an entry fee charged to enter Aphrodisias.