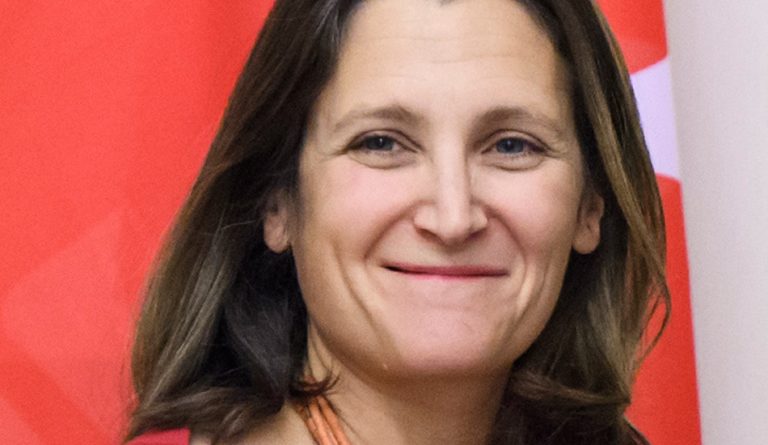 After the Canadian government arrested Huawei CFO Meng Wanzhou as a part of an extradition treaty with the U.S., the Chinese Communist Party (CCP) “hit back” by arresting a few Canadian citizens. While the call for releasing the arrested Canadian nationals grows stronger back home, allies like the U.S. and EU have also extended their support for the cause.

The first Canadian to be arrested by Beijing was ex-diplomat Michael Kovrig. Later, entrepreneur Michael Spavor was also taken into custody.

While Meng was arrested due to her involvement in enabling Huawei to violate U.S. trade sanctions against Iran, the Chinese government has only given a vague explanation for the arrest of Canadian nationals, claiming that they were involved in “activities that endanger national security.”

“Canada absolutely has options and Canada is working hard in a very concerted, organized way to secure the release of Mr. Kovrig and Mr. Spavor… We continue to be in discussion with China… this is clearly a difficult moment in our relationship with China. It’s important to keep on talking and raising the issues directly with them,” Chrystia Freeland, Canadian Foreign Affairs Minister, said in a statement (CBC News).

Canadian government has support of its allies

Canada has sought support from allies, raising concerns that allowing the Chinese regime to arbitrarily arrest foreign nationals only sets a dangerous precedent. This seems to have resonated well with partners who have come out publicly condemning China’s arrest of the Canadian citizens.

“The declared motive for the arrest and detention of Michael Kovrig and Michael Spavor, both Canadian nationals, raises concerns about legitimate research and business practices in China,” the European Union said in a statement (The Sydney Morning Herald).

Foreign Secretary of the U.K. Jeremy Hunt also issued a public statement that accused China of making the arrests for political reasons. The U.S. reiterated that Meng’s arrest does not have anything to do with the Canadian government’s alleged “anti-China” stance, but that the country was only fulfilling its extradition commitments with the United States.

“Canada is a rule-of-law country and has been behaving according to the rule of law… Our allies understand what is at stake, and it was good to have them come out and say that publicly,” Freeland said in a statement (The New York Times).

Meanwhile, the CCP has accused Canada of “violating human rights” of Meng and mistreating her. However, considering that the Canadian authorities have given the Huawei CFO appropriate legal representation, Beijing’s claim falls flat. In fact, the arrested Canadian nationals are said to have received no legal support, highlighting how little the CCP cares about the rights of its detainees.

A third citizen, who was detained in early December, has apparently been released by Chinese officials. Sarah McIver, a teacher, was detained by Beijing because of issues related to her work permit.

“The previous two have been put under compulsory measures by state security on suspicion of endangering China’s national security. This person was given an administrative penalty,” Hua Chunying, Chinese Foreign Ministry spokeswoman, said in a statement (CNN).

Though Canadian Prime Minister Justin Trudeau stated that McIver’s arrest had nothing to do with Huawei, the fact that Beijing decided to release her might be an indication that China is willing to negotiate with the Canadian government on the matter of Meng’s arrest.