The Chinese Communist Crackdown on Christmas 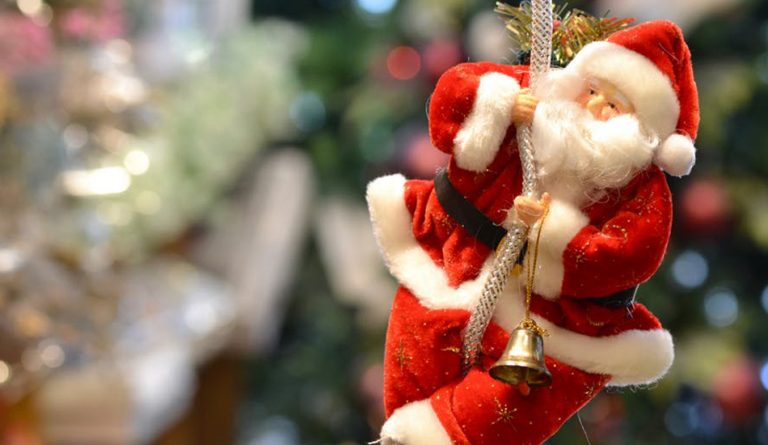 Beijing sees Christianity as a ‘foreign threat’ to the country so much so that it has even banned Christmas celebrations in some regions of China. (Image: Marianna_OLE via Pixabay)

The Chinese Communist Party (CCP) has a violent history as far as its attitude toward religious believers is concerned. When it comes to Christianity, Beijing sees it as a “foreign threat” to the country so much so that it has even banned Christmas celebrations in some regions of China in its crackdown on Christmas.

The crackdown on Christmas

Prior to Christmas, the disciplinary arm of the CCP issued a notice to its officials asking them to abstain from celebrating Christmas. It was argued that the festival is a “spiritual opium” and against the values of Chinese culture. Officials of some provinces were also asked not to participate in public gatherings or meals on Christmas Eve, warning that such actions could result in strict punishment from the CCP.

“With the approach of Christmas, leaders and officials of all ranks must promote traditional Chinese culture and take on the task of building a spiritual home for the Chinese people… They must earnestly study the doctrine of cultural self-confidence introduced at the 19th Party Congress, and refrain from blindly celebrating foreign festivals or engaging in Western religions… They must not attend any celebrations of a Western origin, and carry out good security work on Christmas Eve and Christmas Day,” the notice stated (Radio Free Asia).

In the town of Langfang, the city management banned Christmas celebrations, asking the citizens to report anyone who is found “spreading religion” in public spaces. People caught selling Santa Claus figures, stockings, wreaths, and Christmas trees would be punished by the administration. Shops were asked not to conduct any promotional activities, like Christmas performances or songs.

China’s crackdown on Christmas celebrations is not something new. Just last year, the CCP’s Youth League in a prominent university asked its members to sign a code of conduct that made them pledge not to indulge in Christmas celebrations. Public promotions of the festival have also been attacked. Many feel that the CCP is deeply afraid of the growing popularity of Christianity.

“Christianity is the largest religion on the mainland as the number of believers has increased by more than 60 percent from some 23 million to 38 million people over the past decade, according to official data… Beijing has considered it an ideology that can threaten national security and therefore even symbols of Christianity, such as decorations for celebrating Christmas and New Year scrolls carrying religious elements, are banned,” Ying Fuk-tsang, Director of the Divinity School of Chung Chi College at Chinese University, said to Breitbart.

Holding on to faith

Despite the persecution by CCP goons, Christians in China continue to celebrate Christmas in their homes and private spaces. However, they are disconcerted by the fact that they cannot hold public celebrations and share the message of Jesus Christ with their countrymen. The CCP does not recognize Christmas as a public holiday in the mainland.

“The authorities in Langfang might want to show how much they are ready to please the central government by banning Christmas decorations and sales. However, it also shows their ignorance about what Christmas really means for Christians, which is not about shopping or party celebrations, but it’s the time to manifest their faith,” Patrick Poon, Amnesty International’s China researcher, said to South China Morning Post.