An Alternative View: The Eight-Nation Alliance and Fall of the Qing Dynasty 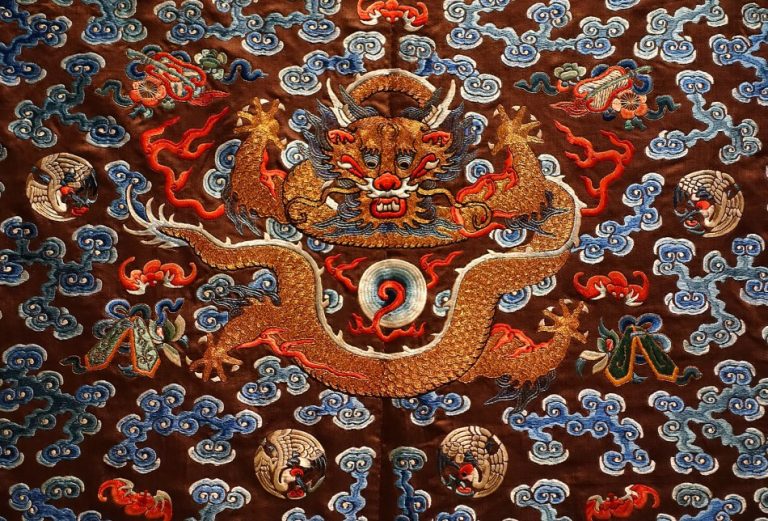 An imperial robe from the Qing Dynasty. (Image: via Wikimedia Commons)

Due to the growing influence of foreign powers during the early 19th century Qing Dynasty in China, an uprising of anti-foreign, anti-colonial sentiment developed under the name of the Boxer Rebellion, which was given to it by foreigners, connotating a Chinese secret society known to Chinese as Yihequan (Righteous and Harmonious Fist).

The Boxer Rebellion began in the late 1890s, and its members attacked Christian missionaries, Chinese Christians, and foreigners in northern China. Eventually, the attacks came to a climax in June 1900, when the boxers took the Chinese capital, Beijing.

While many historical books state that the rebellion, backed by the Qing Dynasty Empress Dowager Tzu’u Hzi, was against foreign powers influencing China, including Christians, one has to take into consideration the historical setting as a backdrop to fully understand the context of what and why people did back then.

China, having a long history of dynasties and a proud and ancient heritage of traditional culture, was suddenly faced with a force that was slowly chewing at and dissolving its ancient heritage. The colonial influence of foreign forces was growing by the day and interfering with the Chinese traditional way of life. Those whose existence and way of life was founded on Chinese tradition felt threatened the most.

The Christians, led by  Roman Catholic Jesuits, where the first foreign powers to be accepted into China by the mandarins during the 15th century.  For the first century and more of their mission, they did a remarkable job of bringing Western forms of knowledge to China and Chinese forms of thought to the West. Sometime later, however, more and more foreign powers emerged in China, led by Britain, which was the dominant colonial power of the time.

At one point of the other, when people felt that the foundation of their heritage was at stake and slowly being dissolved by the intricate intervention of foreign forces and their established institutions in China, all that was left for those wanting to protect the last of the Chinese dynastic heritage was to confront the invaders by force and drive them out whoever they where. Thus it came that no difference was made between the foreign forces’ military troops, their business owners, or their Christian missionary institution, all of which to the Chinese of that time seemed like one and the same invasive body.

The Eight-Nation Alliance and the Qing Dynasty

The Eight-Nation Alliance was an international military coalition set up with the main purpose of responding to the Boxer Rebellion in the Qing Dynasty of China during the late 19th century. The alliance consisted of military units from the United States, British Empire, Germany, France, Austro-Hungary, Italy, Russia, and Japan. During the summer of 1900, they assembled a coalition of troops to protect their influence in China.

In June of 1900, the boxers surrounded the Legation Quarter of Peking, today Beijing. They trapped a large number of foreigners and Chinese nationals inside. At that time the Chinese government still supported the Boxer Rebellion and stood behind them, declaring war on the foreign coalition.

It took the Eight-Nation alliance two approaches to finally break open and beat back the Chinese resistance. It was on August 4 when the alliance launched a massive counter-attack that they were able to break the siege on the Legation Quarter of Peking, ending a short but violent war.

During the time of the Eight-Nation Alliance, the powers brought to the battlefield a mash of rifles by weapon makers that had been rivaling each other for military contracts on both sides of the Atlantic. The U.S. Army had given over 50 designs a try before adopting the Krag-Jorgensen in 1892. The French carried their Lebel Model 1886 rifles into Peking, while the German troops brought their new Gewehr Model 98 rifles to the battlefield. The Austro-Hungarian soldiers would march with their Mannlicher M1888 rifles, while the Italians would boast their Carano Model 1891 and the Japanese fought with a mixture of their newer Type 30 Arisakas and older Meiji Type 13 Muratas. The Russians, who went to war with Japan in 1905, trusted their M1891 Mosin-Nagant. Seen from an economic perspective, any type of conflict that requires the use of armed force is a great opportunity for military contractors to tender their arms to nations at war or in conflicts among each other.

The fall of imperialism

It was the Qing Dynasty that established the modern territory of China. Its first emperor is known for being the first who was capable of uniting China and leaving one of China’s greatest heritages, the Great Wall of China. It was also the last imperial dynasty to rule China from 1644 to 1912. The Qing Dynasty’s diminished state after the Boxer Rebellion created an open door, allowing the Republican Revolution of 1911 to completely tip the scale, overthrowing the emperor, and establishing the Republic of China and ending the imperial system.

Fall of the Republic and the rise of the communists

History is not written in stone, but rather a dynamic fluid collection of memories and perspectives that grow and develop the more we deal with them. Its quality and accuracy can never achieve perfection, due to all the minute components it is composed of. However, history can be a moral teacher if we never cease to reflect on it open-mindedly, not finding and putting on a stamp of good or bad, but exploring the decisions made and the outcomes that resulted. Because, in some way, history holds profound and timeless principles that we may lean upon to help us make better decisions in the present, as we shape our future to come.