China and Russia Modify the Sky in New Experiment 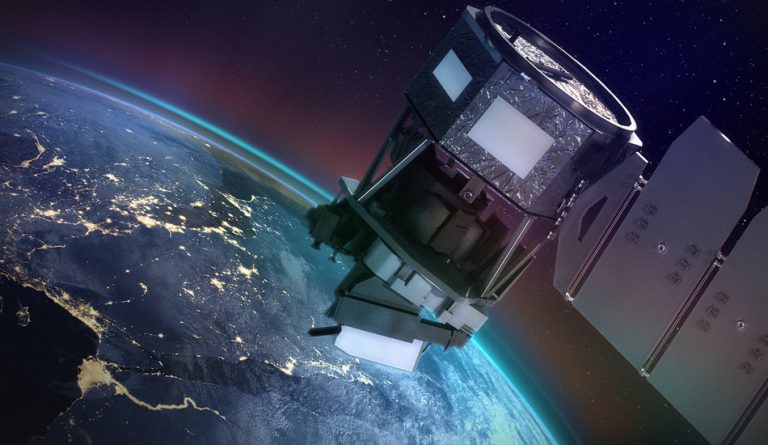 A team of scientists from Russia and China has modified a portion of the sky in a bid to manipulate it for military purposes. (Image: NASA via Flickr)

A team of scientists from Russia and China to modify the sky in a bid to manipulate it for military purposes. The experiments were done on the ionosphere, a layer of atmosphere that lies 75-1,000 km (46-621 miles) above the earth, known to be ionized by cosmic and solar radiation.

Russia and China modify the sky

Five atmospheric modification experiments were conducted in June this year. One experiment, conducted on the 7th of June over the sky at Vasilsursk, a small town in eastern Russia, caused a physical disturbance in an area covering 126,000 sq. km (48,648 sq. miles).

This specific region of the sky saw a massive electric spike and ended up with 10 times more negatively charged subatomic particles than the surrounding areas. On June 12, another experiment heated the ionosphere to a temperature of more than 100ºC (212ºF).

The atmospheric modification was done by pumping electrons into the sky by Sura, an atmospheric heating facility commissioned by the former Soviet Union. The high power antennas of the Sura base injected huge amounts of microwaves into the atmosphere.

Meanwhile, the experiment was monitored by China’s Zhangheng-1 electromagnetic surveillance satellite, which used its cutting-edge sensors to collect data from the modified sky. According to researchers, the experiment generated “satisfactory” results.

The ionosphere acts like a mirror that reflects radio waves. This is what makes communication over radio signals possible. As such, the military application of current experiments could potentially allow Russia and China to target enemy skies, modifying them in a way that completely cuts off any satellite communication.

The Sura facility is the world’s first large-scale facility built for the purpose of atmospheric modification. Running since 1981, Soviet scientists used the base to manipulate the sky for military operations. However, the U.S. has built a much bigger facility to conduct such sky modification experiments.

The High Frequency Active Auroral Research Program (HAARP) was set up as a joint project between the Defense Advanced Research Projects Agency (DARPA), Air Force, and Navy.  Established in 1993, the facility is spread over an area of 33 acres and is situated in the state of Alaska. Around 180 antennas were set up as a part of the project to flood the ionosphere with high-frequency radio waves. However, in 2015, the project was shut down and the facility was transferred to the University of Alaska Fairbanks.

In 2016, the U.S. Air Force was reportedly funding another series of experiments involving detonating plasma bombs in the atmosphere with the aim of improving radio communication over long distances. The project also aimed at solving the issue of GPS knockouts during solar winds and to find ways to block enemy satellite communications.

Atmospheric modification experiments have been a controversial topic among scientists, with some claiming that the technology could be used to modify weather and cause large-scale disasters, like earthquakes, hurricanes, and cyclones. There are also rumors that the ultra-low frequency waves generated by facilities like Sura and HAARP could end up affecting functions of the human brain.

These speculations have been dismissed by the scientists involved in the current China-Russia experiment. China is, in fact, building a bigger, more advanced facility in Hainan, which could potentially allow Beijing to modify the ionosphere over the disputed South China Sea.