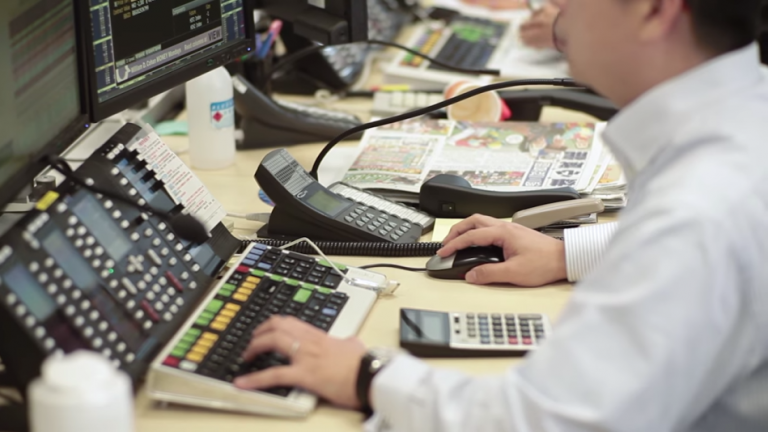 A recent survey of senior finance officers from top companies in China shows that confidence in the economy is going down. (Image: Screenshot via YouTube)

A recent survey of senior Chinese business executives from top companies in China shows that confidence in the economy is going down. The survey, conducted by Deloitte, highlighted increasing opportunities for the Southeast Asian region.

The survey of Chinese business executives

A total of 108 executives participated in the survey, with 69 percent of them holding positions similar to the finance director or CFO. The executives were selected from state-owned, multinational, and privately owned companies from China, Macau, and Hong Kong. The survey, conducted between September and November this year, assessed attitudes of top business officials with regard to the Chinese economy.

When asked about their change in sentiment in the last six months, almost 82 percent of the respondents stated that they had become pessimistic. This is a huge change from the previous edition of the survey where just 30 percent of the executives reported being pessimistic about the economy. The uncertainty over the U.S.-China trade war is believed to have caused such a negative outlook. Stock markets have also been struggling during this period, which did not help in building up optimism.

About 59 percent of the participants expect China’s trade volumes to fall in 2019. Regarding China’s currency, 74 percent of the respondents foresee it declining further against the U.S. dollar next year. Despite such a negative outlook, executives hope that a resolution to the U.S.-China trade conflict could improve the situation of the Chinese economy.

Nearly 53 percent of the respondents saw the Southeast Asian region benefitting from the changing trade patterns. In fact, it was voted as the region that will see the biggest increase in export volumes. “Southeast Asia has been developing itself as a manufacturing hub and the changes may provide it unforeseen opportunities… The region may also benefit from companies shifting manufacturing capabilities to avoid some of the trade protectionist measures,” said the Deloitte report (CNBC).

According to Xiang Songzuo, Deputy Director and Senior Fellow of the Center for International Monetary Research at China’s Renmin University, the Chinese government is feeding the public incorrect GDP growth figures. While official statistics suggest that the country is growing at 6.5 percent, Xiang says that the real growth rate might only be 1.67 percent.

While the U.S.-China trade war is cited as the main cause, Xiang also has harsh words for Chinese officials who made several public statements that indicated they wanted to move toward the elimination of private property.

As a consequence, private investment in the Chinese economy has been severely hit this year. The grim outlook over the economy is also forcing Chinese companies to flock to overseas capital markets.

“Some companies have pushed forward their IPO plans, despite investor caution and lower valuations. This is a reasoned bet by management that it’s better to take the current offer rather than accept the risk of China’s continued slowdown in 2019,” Brock Silvers, the managing director of Shanghai-based investment advisory Kaiyuan Capital, said to South China Morning Post.

In 2018, a total of 37 new Chinese companies were listed in the U.S., raising US$9.2 billion in funds. This is a big jump from last year’s 20 Chinese company IPOs raising just US$3.6 billion from American stock markets.