Taiwan as Seen Through the Eyes of a Visitor 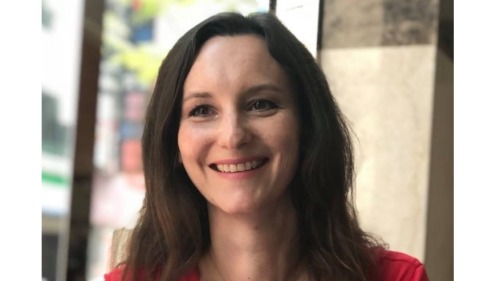 Doreen Hegemann is a German senior corporate lecturer, strategist, and an honorary member of the Board of Directors of the European Business Women's Alliance (EWMD). (Image: via Doreen Hegemann)

Doreen Hegemann is a German senior corporate lecturer, strategist, and an honorary member of the Board of Directors of the European Business Women’s Alliance (EWMD). In late April 2018, Doreen was invited to Taiwan to participate in the EWMD study tour. On the eve of her departure from Taiwan, she was interviewed. She specifically mentioned Taiwanese cuisine, kind nationality, and the vitality of new ventures. In the nearly one-hour conversation, Doreen Hegemann personally and sincerely shared her feelings about her second experience in Taiwan.

Honesty and kindness of people in Taiwan

When asked what impressed her the most about Taiwan, she replied without hesitation: “It’s the people. I often travel around, but in Taiwan, I feel a kind of enthusiasm and friendliness that I don’t find in other countries, as if the enthusiasm comes from the bottom of their hearts.” She can sense such a deep-rooted honesty and cheerfulness that she always feels at home here.

There was a beautiful episode during Doreen’s trip to Taiwan. One day, she took a bus trip from Taipei to Yeliu to meet with friends. When she got off the bus, she left her wallet on the bus, but she didn’t notice it. When she returned to the hotel at night, the hotel staff told her that someone had picked up her wallet. “I was told that there was a call from the Guoguang Passenger Terminal. The driver picked up my wallet and sent it back to Taipei Station. In fact, I thought I would never see it again.” She said excitedly: “For me, this is an incredible thing. It reflects the honesty and kindness of the Taiwanese.”

Doreen also mentioned another story related to the lost wallet. At first, she thought that she lost her wallet in the convenience store, where she bought something in the morning. So when she returned to Taipei, she ran directly to the store and asked if they had picked up her wallet. She shrugged and said: “Of course, as I expected: they said they didn’t find anything.”

What surprised her, however, was that the security staff of the convenience store actually took the initiative to invite her to the office to watch the video of the camera. She smiled and said: “I saw myself putting my wallet back into my purse, so I didn’t lose it in the convenience store.”

This episode touched Dolin deeply, she said: “From the two small things I have personally experienced, I am very convinced that people in this country are very customer-oriented, people-oriented, and have a high moral standard.”

Doreen, who grew up in East Germany (formerly the German Democratic Republic), experienced a very different social system before and after the fall of the Berlin Wall. Hence, she is very aware of the oppression of the communist society, and Taiwan’s religious freedom also impressed her profoundly. She said: “Recall that when I grew up, I could not talk about my beliefs publicly, because that would affect my study or career.” Doreen is very happy to see that the people of Taiwan can truly practice their beliefs. She said with conviction: “I deeply believe that the happiness, cheerfulness, and openness of their hearts are related to their religious beliefs and cultivation.”