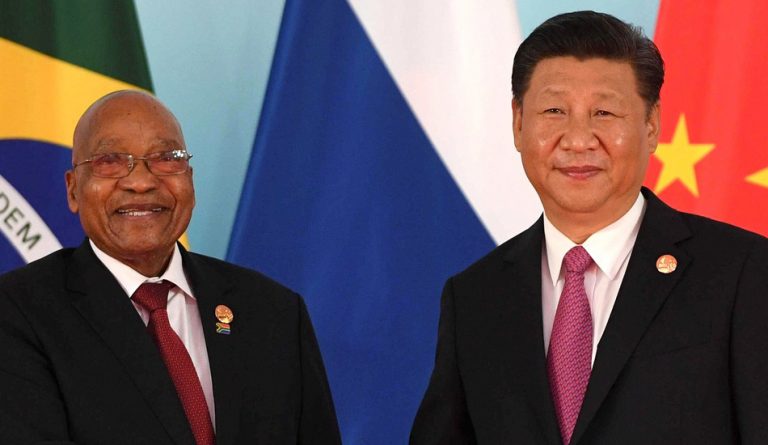 In September 2018, Chinese President Xi Jinping declared that his country would invest US$60 billion in several African projects. However, the move was brought under suspicion by economic experts who suggested that the new wave of loans will only entrap African nations into servitude to the Chinese Communist Party (CCP). China’s African investments also pose a risk to the security of U.S. interests.

Last year, the International Monetary Fund (IMF) warned that Africa was heading into a new debt crisis, with 18 nations having a debt-to-GDP ratio in excess of 50 percent. The single biggest creditor nation was China. While Africa owns almost US$417 billion in loans, around 20 percent was owed to China, giving Beijing huge leverage in influencing Africa’s politics and policies.

Way back in 2015, the China-Africa Research Initiative (CARI) at John Hopkins University had clearly warned that 17 African nations were already on the path of being unable to pay off their Chinese loans. However, this never stopped African countries borrowing from China, largely because Beijing lends money with few strings attached. The consequences will be significant to Africa. As per a report by Moody’s, sub-Saharan countries are at serious risk of surrendering national assets to Beijing.

“Countries rich in natural resources, like Angola, Zambia, and the Republic of the Congo, or with strategically important infrastructure like ports or railways, such as Kenya, are most vulnerable to the risk of losing control over important assets in negotiations with Chinese creditors. Even if debt restructuring alleviates immediate liquidity pressure, the loss of natural resources revenue or other assets is credit negative,” the report states (The South African).

The U.S. administration has warned African leaders to be very careful when taking debt from the Chinese. Then-U.S. Secretary of State Rex Tillerson accused China of using predatory loan practices, opaque contracts, and corrupt deals to undermine the sovereignty of African nations and block them from a path of sustainable, long-term growth. America’s concerns about Chinese investments in Africa also arises due to the security threats they come with.

In March 2018, the Center for Global Development published a research report entitled Examining the Debt Implications of the Belt and Road Initiative from a Policy Perspective that looked at how Chinese loans were affecting the nations that received such investments.

It found that the eight nations were at serious risk of being in above-average debt to China, among which the African nation of Djibouti caught the attention of U.S. security experts. In just five years, the government debt of Djibouti went from 50 percent of GDP to 80 percent. So why is Djibouti’s indebtedness a worry for the U.S.? The country is home to a very critical American military base. Surprisingly, China also set up its first overseas military base in Djibouti just last year.

“There is nowhere else in the world where the U.S. military is essentially co-located in close proximity to a country it considers a strategic competitor… This is not something the Pentagon is used to,” Kate Almquist Knopf, the Director of the Defense Department’s Africa Center for Strategic Studies, said to Foreign Policy.

Djibouti is located very close to the Bab el Mandeb Strait, a very important global shipping corridor. As a consequence, the tiny country, which only has a population of less than a million, is home to multiple military bases from European and Asian nations. By holding Djibouti in a debt trap, China can leverage the situation and gain huge influence in the region.