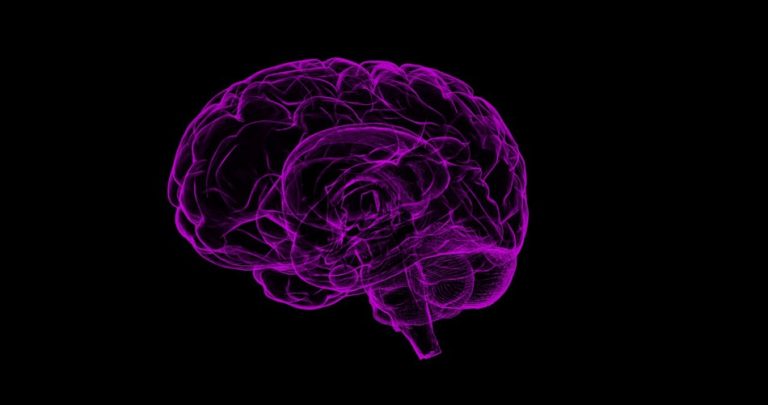 The brain changes of teenage girls who engage in serious forms of self-harm, including cutting, show features similar to those seen in adults with borderline personality disorder, a severe and hard-to-treat mental illness, a new study has found.

This research is the first to highlight physical changes in the brains in teenage girls who harm themselves. The findings are especially important given recent increases in self-harm in the U.S., which now affects as many as 20 percent of adolescents and is being seen earlier in childhood, Beauchaine said, adding:

“Girls are initiating self-injury at younger and younger ages, many before age 10.”

Cutting and other forms of self-harm often precede suicide, which increased among 10- to 14-year-old girls by 300 percent from 1999 to 2014, according to data from the Centers for Disease Control and Prevention. During that same time, there was a 53 percent increase in suicide in older teen girls and young women.

Self-injury also has been linked to later diagnosis of depression and borderline personality disorder. In adults with borderline personality disorder, structural and functional abnormalities are well-documented in several areas of the brain that help regulate emotions. But until this research, nobody had looked at the brains of adolescents who engage in self-harm to see if there are similar brain changes.

The new study, which appears in the journal Development and Psychopathology, included 20 teenage girls with a history of severe self-injury and 20 girls with no history of self-harm. Each girl underwent magnetic resonance imaging of her brain. When the researchers compared overall brain volumes of the 20 self-injuring girls with those in the control group, they found clear decreases in volume in parts of the brain called the insular cortex and inferior frontal gyrus.

These regions, which are next to one another, are two of several areas where brain volumes are smaller in adults with borderline personality disorder, or BPD, which, like cutting and other forms of self-harm, is more common among females. Brain volume losses are also well-documented in people who’ve undergone abuse, neglect, and trauma, Beauchaine said.

The study also found a correlation between brain volume and the girls’ self-reported levels of emotion dysregulation, which were gathered during interviews prior to the brain scans. Beauchaine said this study does not mean that all girls who harm themselves will go on to develop BPD – but it does highlight a clear need to do a better job with prevention and early intervention, adding:

“These girls are at high risk for eventual suicide. Self-injury is the strongest predictor of suicide outside of previous suicide attempts.

“But there’s most likely an opportunity here to prevent that. We know that these brain regions are really sensitive to outside factors, both positive and negative, and that they continue to develop all the way into the mid-20s,.”

Adolescents who self-injure are more anxious, more depressed, and more hostile than their peers who are also referred to mental health experts, previous studies have shown. This new brain-volume evidence bolsters the argument that self-injury should be viewed as a potential sign of serious, life-threatening illness, Beauchaine said, adding that there are no major prevention projects currently aimed at pre-adolescent girls in the United States. Instead, most current interventions start in adolescence when the risk for self-harm is greatest:

“A lot of people react to girls who cut by saying, ‘She’s just doing it for attention, she should just knock it off,’ but we need to take this seriously and focus on prevention. It’s far easier to prevent a problem than to reverse it.”

He said it’s important to recognize that the research does not establish whether the decreased brain volume seen in the study preceded the self-harm, or emerged after the girls began to injure themselves. Further studies looking at brain changes are needed to help researchers better understand the relationship between structural differences and self-harm and how those might correspond to BPD and other mental disorders down the road, Beauchaine said:

“If we can learn more about how adults with psychiatric disorders got there, we are in a much better position to take care of people with these illnesses, or even stop them from happening in the first place.”

A previously published study in these same girls applied functional MRI during a task in which they could receive monetary rewards. The researchers saw diminished brain responses to reward in those girls with a history of self-harm — results that looked similar to previous studies of adults with mood disorders and borderline personality disorder. Beauchaine concluded:

“Self-injury is a phenomenon that’s increasing, and that’s less common outside of the United States. It’s saying something about our culture that this is happening, and we should do whatever we can to look for ways to prevent it.”

Provided by: The Ohio State University [Note: Materials may be edited for content and length.]