The Mystical Miracles of the Chinese Monk Xu Yun 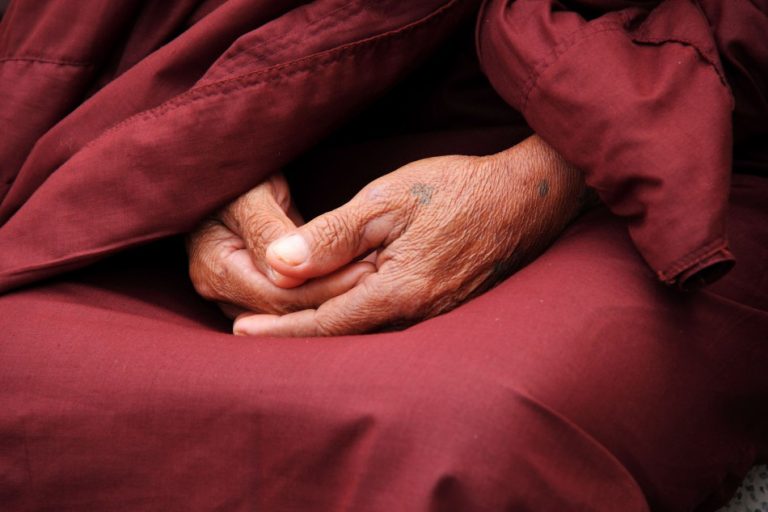 One day, an old monk came to the door for alms, hoping that Wang Ying would donate money to repair the bridge. (Image: terimakasih0 via Pixabay)

Xu Yun (1840-1959) was a well-respected Buddhist master and is regarded as one of the most influential Buddhist teachers of the 19th and 20th centuries. Xun Yun’s first exposure to Buddhism was at his grandmother’s funeral. The ceremony was performed by monks and the serine atmosphere animated him to read Buddhist sutras and to make a pilgrimage to Mount Heng, which is regarded as being one of the most renowned Buddhist sites in China.

Xun Yun lived quite a long life. He lived through the late Qing Dynasty, the Taiping Heavenly Kingdom, the Republic of China, and the Chinese Communist Party (CCP) rule. Xu Yun was well respected among people of different walks of society, from civilians and local warlords to the Qing emperors and the President of the Republic of China. Xu Yun reached the old age of 109 and he may have lived longer if he had he not been abused and beaten by the Chinese communist police. All said, Xu Yun left a legacy of many remarkable things that sound like miracles from today’s perspective.

In the 26th year of the Guangxu Emperor’s reign in 1900, Beijing was in turmoil due to the aggression of the Eight-Nation Alliance. Chinese peasants had organized themselves into what became known as “Boxers,” with the goal of rising up against the foreign colonial powers. In the summer of 1900, the Boxers took the Peking Legation Quarter. The siege lasted 55 days and was eventually broken by international military forces.

The Qing Dynasty had supported the Boxers, possibly out of fear that had it not, they would have been overthrown. Due to their support of the Boxers, however, the Qing court also feared for their safety after the siege was broken. Thus the Emperor, Empress Dowager Cixi of the Manchu Yehenara clan, court officials, the eunuchs, and the ladies in waiting all fled westward to Chang’an, which is today’s Xi’an. Prince Qing, who knew that Xu Yun was well renowned, asked him to accompany the royal court on their journey and to ensure their safety.

All of this was taking place during the 8th lunar month while Xi’an was experiencing a drought. The crop harvests failed and the people were in great despair and starving. Many unfortunate souls lost their lives as piles of decomposing bodies covered the land. As a result, a plague broke out in the region.

Xu Yun was moved by the despair resulting from the harsh drought. He requested that the emperor issue an edict to legislatively persuade the wealthy to become more involved. The emperor did so by raising taxes, using the extra funds to buy food and set-up meal kitchens for the people.

Xu Yun, motivated by compassion, wished to be excused of his duties at the court for a while, with the intention of retreating to Wolong Temple, where he would organize a Dharma ritual where he is said to have sent out a request to the heavens, asking for snow and rain to fall in the plague-stricken region.

With his virtue and moral strength, he was able to convince thousands of other monks to join him in the Dharma ritual, with the goal of combining their collective will and focusing their minds.  Even Xu Yun’s master, who was in Zhongnanshan, answered the call to come to Wolong Temple.

Xu Yun led nine masters in meditation, all of whom were seated on a high Dharma platform measuring over 30 feet square. They sat continuously for 7 days and 7 nights, on the platform. Surrounding the platform, other monks recited and chanted scriptures around the clock.  Then, on the morning of the 7th day, dark clouds appeared in the sky and in the afternoon, large snowflakes began falling. With this, many monks began returning to their temples. Xu Yun, however,  remained seated on the Dharma platform and continued with the powerful ritual for another 7 days. Xu Yun knew that one or two hours of snow would not be enough to end the drought that the people had been enduring for an entire year.

When Empress Dowager Cixi heard about the resulting snowfall, she immediately traveled in the company of armed guards to Wolong Temple. When she saw Xu Yun sitting in meditation, she was moved to tears and fell to her knees, bowing her head toward the ground in veneration.

When Chiang Kai-shek assumed control of the National Government of the Republic of China, Xu Yun was treated as an honored person. On December 9, 1942, in his role of honor, he led a prayer for 49 days to seek divine protection for the nation. The prayer was initiated by Lin Sen and Chiang Kai-shek and was chaired by Dai Jitao. Xu Yun prayed at Ciyun Temple and Huayan Temple respectively. At that time, many politicians of the Republic of China would take refuge with Xu Yun.

During the occupation, Chiang Kai-shek asked Xu Yun to predict the outcome of the Sino-Japanese War and World War II. Xu Yun did not answer; instead, he took out a piece of paper from his pocket and asked for a pair of scissors.  Then he cut the paper into squares and folded the corners of the paper three times, then cut across the paper three times.  After Xu Yun opened up the paper, it became three symbols:  “十” represented the Italian army, “卍” represented the  German Nazis and “日” represented the Japanese Army. Xu Yun said that after the victory of this war, China’s outlook would change.  After Chiang Kai-shek heard this, he was puzzled and asked Xu Yun what he meant by “different outlook.” Xu Yun kept quiet and did not answer.

The outcome of World War II was as Xu Yun had predicted. The Italian army was the first to surrender, the German Nazis were defeated next, and Japan signed the surrender agreement followed by the civil war between the Kuomintang and the Communist Party, which came to an end in 1949.

The Chinese Communist Party accused Xu Yun of being ‘counter-revolutionary’

In 1949, when the CCP gained control of China, they treated Buddhists and other religious practitioners cruelly, displaying an inhumane side of their regime that continues to this day. Due to his past ties with the Qing Dynasty rulers and Chiang Kai-Shek, the Chinese Communist Party accused Xu Yun of being a counter-revolutionary.

In 1952, the “Chinese Buddhist Association” was established in Mainland China. This seemingly didn’t sit well with the CCP, and they demanded in the meeting that Buddhist rules and regulations should be abolished and there should be “freedom in religious belief, marriage for monks and nuns, and drinking and eating of meat.” Xu Yun recognized a pattern in the behavior of the CCP, understanding that they wanted to abolish Buddhism. He stood up to protest and demanded that the Buddhist rules and etiquettes be preserved.

As a result, the CCP accused Xu Yun of being a counter-revolutionary, after which they confined him in his abbot’s room, deprived him of food, and forced him to pass urine and motion in the same room. The CCP also ordered Xu Yun to surrender his gold, silver, and firearms, which Xu Yun replied he had none. During his captivity, the police beat him up and injured his head and ribs. On the following day, when the police saw that he was still alive, they beat him again.

In 1959, Xu Yun passed away in Yunjushan. He lived through five emperors, four dynasties, and led a legendary life.