The Technology That Can Produce Swarms of Drones 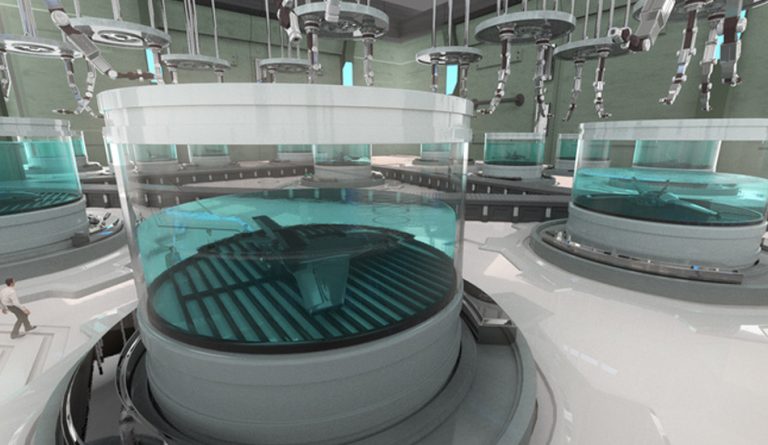 Imagine hundreds of drones being manufactured in the nick of time and being sent out on military missions to spy or even assassinate? What sounds like science fiction may be a terrifying reality soon thanks to a device known as the Chemputer.

The concept of the Chemputer was developed by Lee Cronin, the founder of Cronin Group PLC. The device is a combination of hardware, software, and wetware (test tubes and chemicals). The software uses a blueprint to combine chemicals to digitally manufacture molecules and materials. Cronin developed the Chemputer to find out how a standard set of molecules can end up creating a wide range of molecules that can be used to manufacture medications cheaply and quickly.

However, the concept soon caught the eye of BAE Systems, a defense and security company, that wanted to use the technology to create new materials and advanced structures, specifically drones. The idea is to allow the military to individually design and grow drones that are capable of being invisible to enemy radars.

“Evolution can find certain life forms that have attributes, such as survival in salt or the cold… It’s a similar type of approach we use to discover how to self-assemble complex materials from the atom up,” Cronin said in a statement (Medium).

Watch this video from BAE Systems and The University of Glasgow envisage how small Unmanned Air Vehicles (UAVs) for military operations could be “grown” in large-scale labs through chemistry:

If the technology is successful, Chemputers will be able to produce drones in a few weeks rather than years. They might eventually be produced in a few days. Such a development would drastically change how warfare is conducted. A military that possesses such technology need not wait to receive shipments of drones from the main command. Instead, it can produce high-speed machines even within enemy territory.

“Flying at such speeds and high altitude would allow them to outpace adversary missiles. The aircraft [drone] could perform a variety of missions where a rapid response is needed. These include deploying emergency supplies for Special Forces inside enemy territory using a sophisticated release system and deploying small surveillance aircraft,” according to BAE Systems.

U.S. intelligence agencies have warned about the potential threat of swarms of drones on American soil. According to a National Academy of Sciences report, even small, consumer-grade drones can be used in swarms against the U.S. military. “Contrary to the past, when U.S. warfighters may have found improvised explosive devices, now the improvised explosive devices will find our warfighters,” according to the report (The Atlantic).

To combat the threat, the U.S. military has reportedly invested in electronic countermeasures like jamming that can be utilized to neutralize drones. However, once they become autonomous, taking decisions on their own rather than communicating with a human command far away, jamming measures might become futile.

In addition, “the United States is working on its own drone swarms, including a recent test of deployment of more than 100 robin-sized micro-drones designed by Perdix from a pair of F-18s. The Perdix drones are being built as part of research into using large swarms of drones with a distributed intelligence. The goal is to use them for unmanned aerial surveillance, taking advantage of the fact that it’s much harder to hit a bunch of tiny drones than a single large target like a Predator drone,” according to Extreme Tech.

The combination of Chemputer and distributed intelligence technologies could one day lead to the creation of drones capable of self-assembly and rapidly changing their material and components according to the surroundings.