Looking for Work? Here’s a Company That Hires Anyone Who Applies 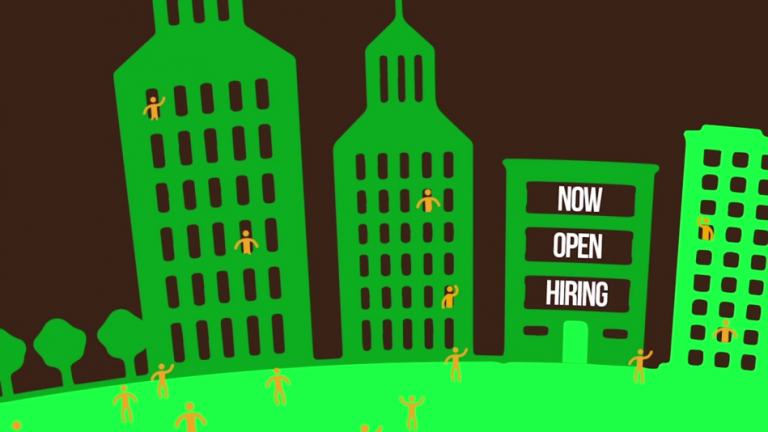 What if you applied for a job and the company hired you right away, with no background checks or comparison done with other interviewees? (Image: Screenshot via YouTube)

What if you were looking for work, applied for a job, and the company hired you right away, with no background checks or comparison done with other interviewees? Such a hiring practice is catching on among several businesses. Known as Open Hiring, applicants join the company purely on a “first come, first hired” basis.

The practice of Open Hiring was pioneered by Bernie Glassman, who founded the Greyston Bakery almost 36 years ago in New York. The company just hired on the faith that if people who are looking for work are given a job, they will do it to their best possible ability. No background checks, drug tests, or interviews are done. People sign up on a list and the company contacts them in case there is an opening.

Initially, the new signees start off as apprentices. They undergo a 10-month course on life skills and essential job training. Once the course is completed, they move to an entry-level job. Later, based on how well they perform at tasks, the employees are provided with more specialized training and promoted to higher positions. Last year, Greyston even opened a “Center for Open Hiring” to help interested companies implement their hiring practice for the many people who are looking for work.

“At the center, which is still in the early stages, companies will be able to bring their leadership and HR teams through to train with Brady and Greyston managers, who will educate them about the benefits of open hiring, and how it could work in different settings. The center will provide ongoing support to companies as they work to implement the model,” according to Fast Company.

One of the first companies to join up at the center is CleanCraft, a janitorial services company founded by Ty Hookway. Interestingly, the company practiced a similar hiring style, albeit with a bit more background checks. As such, when Hookway heard about the Center for Open Hiring, he decided to sign up right away.

“We don’t spend money to screen people out. Instead, we invest to bring people who are often systematically excluded into the mainstream economy… What CleanCraft is doing holds such promise. I grew up in Rochester. We are thrilled to have a Rochester hub for the Center for Open Hiring at Greyston. It’s going to be transformative — for people, for business, and for the community,” Mike Brady, CEO of Greyston, said to Rochester Business Journal.

At present, about 14 organizations have signed up at the Center for Open Hiring, including the Stern School of Business at New York University and Unilever.

The argument for Open Hiring

Open Hiring offers several advantages for businesses. For one, the system is known to result in one of the lowest employee turnover rates ever. An average manufacturing or production business that practices the regular hiring process is estimated to have an annual employee turnover rate of about 30 to 70 percent.

In contrast, Greyston’s Open Hiring process has an astoundingly low turnover rate of just 12 percent. Considering that initial background checks and other tests of hiring an employee can go up to $4,500 per hire, the Open Hiring process is a promising way to cut operational costs.

Plus, the practice also builds up a positive image among locals since the business is seen as helping people get jobs without much fuss. This eventually contributes to generating higher sales from the community.