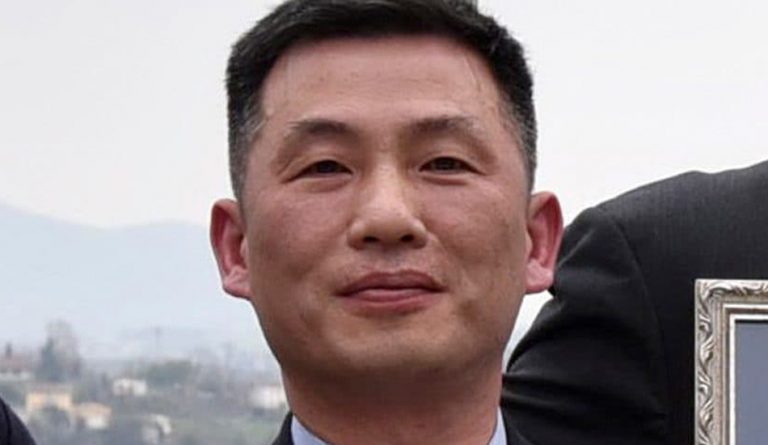 In a huge embarrassment for North Korean leader Kim Jong-un, the country’s ambassador to Italy, 48-year-old Jo Song Gil, has reportedly defected along with his wife. (Image: YouTube/Screenshot)

In a huge embarrassment for North Korean leader Kim Jong-un, the North Korean ambassador to Italy, 48-year-old Jo Song Gil, has reportedly defected along with his wife. They left their official residence in November, just a few weeks before his term as the ambassador was coming to a close.

The defection of the North Korean ambassador

Jo was stationed as an acting ambassador in October 2017 after the Italian government expelled the previous ambassador. This was done as a sign of protest against the North Korean nuclear test conducted that year. Jo and his wife are believed to be under the protection of the Italian government, preparing to seek asylum in a Western country that will accept them.

“Rome has been Pyongyang’s most important European embassy for many years, partly because it has been the location for talks with the UN World Food Programme for aid, but also because it handles most of the luxury goods that the regime wants to obtain from Europe… Mr. Kim is going to be extremely angry at this (latest defection), particularly as it comes at a time he was basking in international attention because of his recent diplomatic successes… He has lost face and, for Mr. Jo’s relatives still in the North, it will be bad,” Rah Jong-yil, a former head of South Korean intelligence charged with monitoring the North, said to The Telegraph.

Jo is said to be the son-in-law of one of the most important officials in the North Korean power structure. His defection has apparently come as a shock to the country. The last time a public official defected from North Korea was in 2016 when a former minister at North Korea’s London embassy sought asylum in Seoul. The North Korean government had labeled the defector as “human scum” and tried to portray him as a dangerous criminal.

Security experts speculate that Jo and his wife could already be in the United States. He is said to possess detailed knowledge of how North Korea smuggles luxury items into the country and can help American intelligence agencies identify the key players of North Korea’s inner circle.

Due to being ruled by a repressive communist regime, North Korea has numerous defectors who leave the country for better opportunities and (safer) lifestyles abroad. Though the North Korean government gives strict punishments to defectors caught in the act, this has not stopped people from crossing the border.

According to South Korea’s Ministry of Unification, more than 31,000 North Korean defectors have come to their country, a large number of them choosing to live in Seoul.

Surprisingly, most of the North Korean defectors have historically been women. This is said to be due to the influence of South Korea TV shows that depict females in powerful positions, living a free lifestyle. Ambitious North Korean women take it upon themselves to get out of the country so that they can have a chance at such a life.

The number of North Korean defectors peaked in 2009 and began dropping since 2012 when Kim Jong-un came into power. Despite the drop, South Korea received more than 1,400 defectors in 2016.