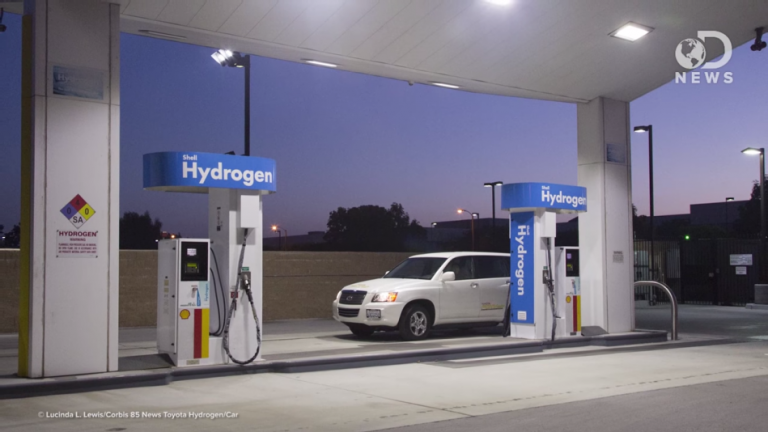 A new breakthrough from scientists at the Commonwealth Scientific and Industrial Research Organization (CSIRO) in Australia may pave the way for mass adoption of hydrogen as a global fuel. (Image: Screenshot via YouTube)

To reduce humanity’s dependence on fossil fuels, scientists have been researching the potential of various alternative fuels. Hydrogen fuel is an option that is often positioned as the “fuel of the future.” However, mass adoption of hydrogen as a global fuel has always been a difficult undertaking due to difficulties in transportation and storage. A new breakthrough from scientists at the Commonwealth Scientific and Industrial Research Organization (CSIRO) in Australia might help us overcome this problem.

Since hydrogen is highly flammable, it is risky to transport it over long distances. The CSIRO team has developed a method that allows for converting hydrogen into ammonia. And since ammonia already has a well-developed transportation network, shipping it to other parts of the world is a non-issue. Once ammonia reaches the destination, it can be converted back into hydrogen using a unique membrane developed by CSIRO.

“This is a watershed moment for energy, and we look forward to applying CSIRO innovation to enable this exciting renewably-sourced fuel and energy storage medium a smoother path to market… I’m delighted to see strong collaboration and the application of CSIRO know-how to what is a key part of the overall energy mix,” Dr. Larry Marshall, Chief Executive of CSIRO, said to Business Insider.

CSIRO has reportedly received expressions of interest from various countries in Europe and from nations like South Korea and Japan. Australia is the largest natural gas exporter in the world. If CSIRO technology were to achieve success, the country’s hydrogen exports could easily dwarf gas shipments. As such, many Australian market experts see a potential export boom in hydrogen.

“From a car manufacturer’s point of view, we see this as a massive step for Australia. Working in and out of South Korea quite regularly, I know Hyundai has a massive contract to provide hydrogen buses to the Korean Government. It just announced 16,000 hydrogen-powered cars will go on the road and 310 hydrogen refilling stations across the country under a five-year plan. They need to power those cars from somewhere, so why can’t it be renewable hydrogen from Australia?” Scott Nargar, a spokesman for Hyundai, said to ABC News.

In Australia, a 15-member network of companies is planning to develop hydrogen refueling stations. Local and state governments will also be opening up several hydrogen stations within the next 12 to 18 months, making the presence of hydrogen-powered cars on Australian roads within the next two years a strong possibility.

Presently, the market for non-fossil fuel cars is dominated by electric variants. This largely has to do with the higher initial cost of a hydrogen-powered vehicle as compared to an electric car. In addition, hydrogen is also a more expensive fuel.

However, many feel that this is just a temporary problem. With the mass adoption of hydrogen cars, the cost of production and purchase price will be drastically reduced. Higher demand will also make the cost of hydrogen fuel almost at par with gasoline prices.

Add to it the fact that hydrogen-based cars are virtually emission-free, have twice the efficiency of gasoline vehicles, and can be refilled in a few minutes when compared to the several hours taken by electric cars, hydrogen definitely has the potential of being the ideal fuel of the future. Could this be the energy-breakthrough the world has been looking for?