Siberia and Its Mysterious Connection to Ancient Civilizations 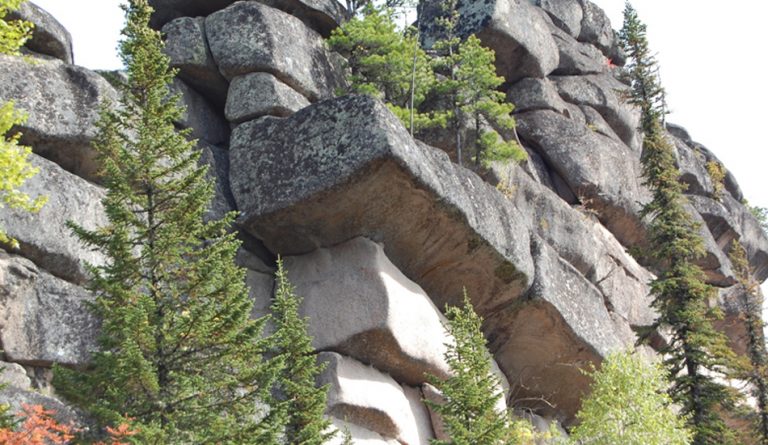 In Mount Shoria in southern Siberia, there exists a series of huge blocks of granite, with flat surfaces and rectangular shapes, arranged as if by intelligent design. (Image: via ancient-code.com)

The Siberian region of Russia is known for harsh winters and a snow-covered landscape. The rough environment has resulted in the region remaining sparsely populated for most of its history. However, the discovery of ancient mummies and megalithic ruins over the past years have raised the possibility that the region might have once been home to various ancient civilizations.

In 2017, researchers exploring the Zelenyy Yar necropolis in Siberia, an archaeological complex discovered in 1997, found the remains of two medieval mummies, an adult female and a child. While the child was covered in fragments of copper, the adult was plated with copper right from its head all the way down to its toes.

“When we saw that the adult’s burial cocoon was in good condition, we couldn’t risk opening it on the spot. To avoid spoiling the fabrics, we extracted it inside its soil shell,” Yevgenia Svyatova, an anthropologist who worked at the site, said to Newsweek.

Almost 100 burials have been discovered at the Zelenyy Yar till now, with DNA studies showing that they had links to Persia and lived in the region between the 8th and 13th centuries A.D. For now, the two mummies are at the Institute of the Development of the North, a branch of the Russian Academy of Sciences where a more comprehensive analysis is being conducted.

“The natural mummification of bodies of the buried is usually observed when certain conditions of the environment — permafrost, the presence of copper objects in the burial — and climate. They are found in deserts and in the north. Arctic mummies, similar to those found in the Zeleny Yar, are very rare. That is why they are unique. Due to the high level of preservation, the mummies’ internal organs are intact, too, which is incredibly interesting for our research,” Prof Dong-Hoon Shin, from Seoul National University, said in a statement (Realm of History).

In Mount Shoria in southern Siberia, there exists a series of huge blocks of granite, with flat surfaces and rectangular shapes, arranged as if by intelligent design. This has led people to speculate that the site might have been built by an ancient advanced civilization.

What’s interesting about the structure is that each block of granite apparently weighs thousands of tons. Moving these blocks would have been impossible unless the people who built the structure knew some kind of technology that would enable them to shape and transport such large objects.

“There are no measurements given, but from the scale depicted by the human figures, these megaliths are much larger (as much as 2 to 3 times larger) than the largest known megaliths in the world. For example, the Pregnant Woman Stone of Baalbek, Lebanon, weighs in at approximately 1,260 tons. Some of these megaliths could easily weigh upward of 3,000 to 4,000 tons,” archaeologist John Jensen said in a report (Mysterious Universe).

Some scientists who have examined the site rubbish the claims of it being a human creation. Instead, they propose that the structure is the result of natural geological processes. Apparently, the tectonic force acting on the granite together with pressure released during the process ends up creating sets of joints that intersect at roughly 90 degrees. These joints are said to eventually lead to the creation of rock formations that look similar to human-made megalithic structures.