Effects on Emerging Asia From the US-China Trade War 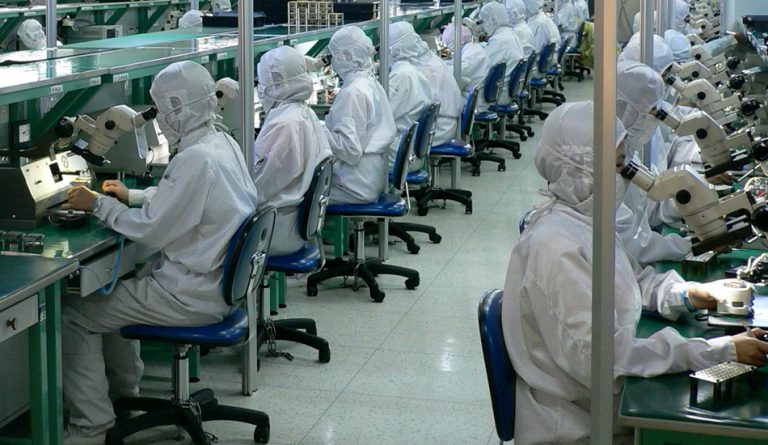 Manufacturers are already moving away from China to Southeast Asia. (Image: Steve Jurvetson via Flickr)

The trade war between the U.S. and China has been giving nightmares to businesses and governments in the emerging markets of Asia. Market experts feel that these developing countries might have to face the brunt of the global economic fallout in case both economic influencers decide to escalate the trade war.

Short-term impact of the trade war

China’s rise as the global manufacturing hub over the past decade has been a major driving factor of economic progress in many Asian nations, especially from the Southeast Asian region.

These countries used to manufacture individual components and ship them off to China, where cheap Chinese labor assembled them into finished goods and exported them to developed countries, including the United States. As long as this arrangement holds, Southeast Asian economies remain stable. But the current trade war threatens this stability.

A report by Reuters showed that almost 8 percent of Taiwan’s GDP value is dependent on Chinese exports. For Malaysia, the figure stands at 6 percent, while for countries like South Korea and Singapore, it’s at 4-5 percent. A study by the Development Bank of Singapore found that South Korea could lose as much as 0.8 percentage points in terms of economic growth in 2019 from the worsening U.S.-China trade war. Singapore is expected to lose 1.6 percent, while Taiwan and Malaysia may end up losing 1.2 percent.

“Given that emerging economies are already integrated into global supply chains, policymakers must be more proactive in shaping the trade architecture and advocating for a global rules-based system. To maintain growth and stability amid volatility, they should focus on strengthening economic fundamentals, rather than on pursuing unsustainable quick wins. Even short-term issues should be addressed with a longer-term strategy in mind,” Mulyani Indrawati, Minister of Finance of Indonesia, states in the South China Morning Post.

While in the short term, Asian countries that depend on the global supply chain linked with Chinese exports will be hard hit due to the trade war, the longer term outlook is presumed to be brighter.

“Certain intermediate exports that go into China, and then onto the U.S., are going to be impacted in industries such as textiles and electronics… However, in the long term, we feel pretty confident that ASEAN [Association of Southeast Asian Nations]  is a very attractive alternative supply chain base for companies looking to diversify away from China,” Satish Shankar, Managing Partner of Bain & Company’s Southeast Asia region, said to CNBC.

In fact, several Taiwanese firms that have manufacturing centers in China had previously declared their intention to move out, including businesses like Delta Electronics, which supplies components to Apple. Foreign investments in manufacturing sectors in countries like Vietnam, Philippines, and Thailand are surging in anticipation of a full-blown U.S.-China trade war.

“While my competitors all run factories in China, we have an edge over them thanks to our facilities in Thailand. We are preparing to move our semi-finished products from China to Thailand first and finish final assembly there [if tariffs hit],” Allen Huang, CEO of Taiwan-based Merry Electronics Co., which supplies headphones to companies like Bose, said to Bloomberg Quint.