The Deadliest Countries for Journalists in 2018 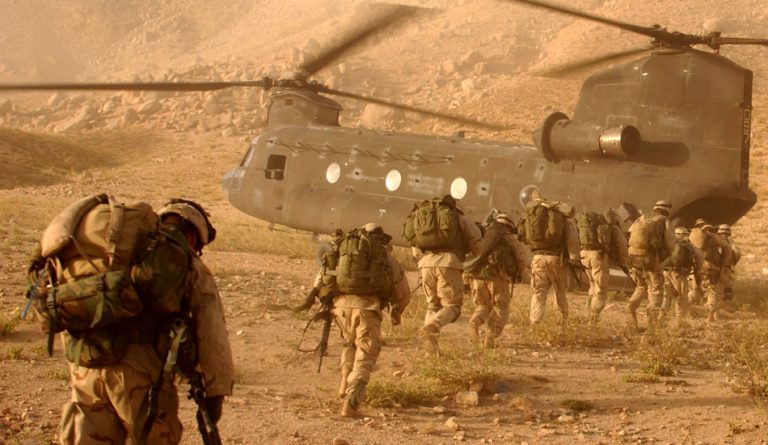 War-torn Afghanistan is the most dangerous country for journalists. (Image: via U.S. Department of Defense)

Reporters Without Borders, an organization that covers issues related to freedom of the press, has released its annual report on countries deemed dangerous for journalists. While Afghanistan, Syria, and Yemen take the top spots in a ranking of the deadliest countries for journalists, the U.S. and India have surprisingly been included together in the fifth spot.

In Afghanistan, 15 journalists and media workers were killed in violent attacks, including a double bombing in Kabul on April 30 that claimed nine lives. Terrorists have been increasingly targeting journalists in the region, with the biggest threats being the Islamic State and the Taliban.

“According to our data, these two groups have been responsible for most of [the] journalist casualties. [The] Taliban and IS were responsible for at least 11 of [the] journalists killed [in 2018]… The Afghan government cannot provide security for journalists. Media organizations are also not mature enough to ensure the safety of their journalists… We have provided a safety guideline for the protection of journalists, but it has yet to be implemented,” Najib Sharifi, Director of the Afghan Journalists Safety Committee, said to the VOA.

Warlords in the region are also potential threats to Afghan journalists, as they seek to protect their shady businesses and illegal operations from being exposed. The war-torn country of Syria came in a close second at 11 journalists being killed in 2018. Almost all of them were murdered in artillery bombardments and airstrikes. As the war rages on, journalists are taking on more risks to bring news to the public, which increases their chances of being killed. This makes Afghanistan one of the deadliest countries for journalists.

Mexico was placed third with nine deaths. At the fourth spot was another war-torn Middle Eastern nation, Yemen. While only two journalists were killed in the country in 2017, the figure jumped to 8 in 2018, mostly due to the worsening internal conflict in the country.

For the first time, the US joins the ranks of the deadliest countries for journalists

What is surprising in the report is that the world’s five deadliest countries for journalists include India and, for the first time, the United States — where journalists were killed in cold blood even though these countries were not at war or in conflict.

“Four journalists were among the five employees of the Capital Gazette, a local newspaper in Annapolis, Maryland, who were killed on 28 June when a man walked in and opened fire with a shotgun. He had been harassing the newspaper for six years on Twitter about a 2011 article that named him. It was the deadliest attack on a media outlet in the U.S. in modern history. Two other journalists, a local TV anchor and cameraman, were killed by a falling tree while covering Subtropical Storm Alberto’s extreme weather in North Carolina in May,” according to the report issued by Reporters Without Borders.