How China’s Slowing Economy Is Affecting the Australian Dollar 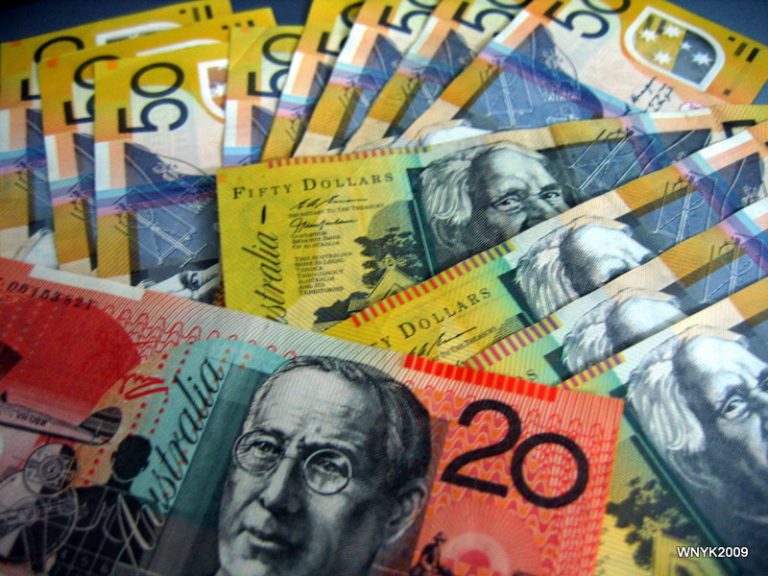 After news of the Chinese manufacturing sector suffering a contraction in December broke out, the Australian dollar sank in response. (Image: williamnyk via Flickr)

China’s official Purchasing Managers Index (PMI) slipped to 49.7 in December from 50.2 in November. Since a reading below 50 indicates contraction in the manufacturing sector, the PMI sent shockwaves through the trading world. This is the first time in about 18 months that the manufacturing PMI went below 50.

“That showed external demand remained subdued due to the trade frictions between China and the U.S., while domestic demand weakened more notably… It is looking increasingly likely that the Chinese economy may come under greater downward pressure,” Zhengsheng Zhong, Director of macroeconomic analysis at CEBM Group, said in a statement (CNBC).

The Australian dollar responded by crashing below 70 cents against the USD. This was expected since China is essentially Australia’s biggest trading partner. As such, any decline in Chinese industrial activity would mean fewer exports from Australia, thereby weakening its currency. It also highlighted how critical the ongoing U.S.-China trade war is to the country. The longer the conflict, the more Australia will be affected.

Consultancy firm KPMG estimates that escalation in the U.S.-China trade war could wipe out almost US$36 billion from the Australian economy over the next 10 years, shaving off 0.3 percent of its growth. In fact, Australia is predicted to end up much worse off than the EU and Japan because of the conflict.

The worsening relationship between the U.S. and China can also force these nations to pull out their capital from Australia. Given that almost 30 percent of direct investments into Australia come from these two nations, a massive outflow of funds will put the country in a financially tight situation.

As such, a Chinese economic slowdown will not only reduce Australian exports to China, but it will also bring down the money brought in by tourists and investors. All these will only contribute to a further decline in the Australian dollar and hard times for the public.

According to figures from CoreLogic, a leading property data and analytics company, the median prices of homes in the country fell by 4.8 percent in 2018. This is the biggest decline since the catastrophic global financial meltdown of 2008-2009. The company predicts the decline to be worse this year.

Sydney’s home prices were the hardest hit, falling by 10 percent. Home prices in Melbourne fell by 9.1 percent during this period. To make matters worse, property investments by foreign buyers fell by 11 percent in 2018. Almost 1 million households are said to be in no position to cover their mortgage expenses. In fact, experts predict that around 60,000 households could end up defaulting on their mortgage loans by 2020.

Wage growth in the country has also been pretty bad. The stagnant wages are making consumers spend even less. Household expenditure growth fell to 2.5 percent in December 2018, down from 2.8 percent in the same month the previous year. This is way below the long-term average of 3.5 percent.

The combination of low wage growth, depressed property markets, declining consumer spending, the falling Australian dollar, and greater uncertainty regarding the U.S.-China trade war all point to a tough year ahead for Australia.