Singapore Activist Jolovan Wham Found Guilty for Not Having Permit 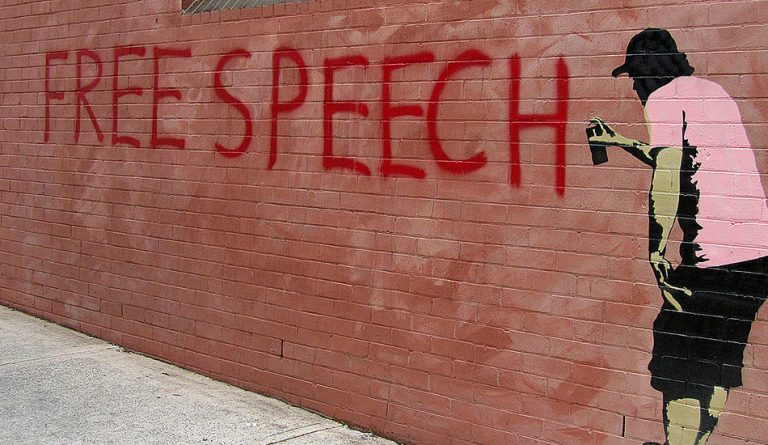 Singapore has restrictions on freedom of speech. (Image: Newtown graffiti via Flickr)

Human rights activist Jolovan Wham from Singapore has been convicted by a local court for organizing a public assembly without getting the necessary permit and refusing to sign a police statement. The sentencing is expected to take place in late January 2019.

The conviction of Jolovan Wham

Jolovan Wham has been very vocal against the lack of free speech in Singapore and is also an active participant in the fight for equal rights for the country’s LGBTQ community. In November 2016, Jolovan organized an event called the “Civil Disobedience and Social Movements,” which included a live Skype speech by Hong Kong activist Joshua Wong.

A police officer had asked Jolovan to apply for a permit since Wang was a foreigner. But the idea of having to apply for a permit for broadcasting a skype call during the event seemed ridiculous to Jolovan, so he went ahead without any permit. Later, a police officer visited Jolovan Wham for his statements and asked him to sign the document. But the activist refused to do so until he was given a copy of the same.

In court, Jolovan Wham’s lawyer argued that the requirement for a permit to conduct a public assembly was a breach of constitutional rights. The lawyer also added that since the event did not cause any disturbance to the public order or safety, his client has to be acquitted of charges.

But the prosecution was not in a mood to let Jolovan Wham go scot-free. “The accused’s argument that the requirement of a permit breaches his constitutional right to assemble peacefully and without arms is vague and misconceived,” the prosecution said in their submission papers (The Straits Times).

The judge also upheld the prosecution’s arguments and eventually convicted Jolovan, as he did not find the defense to be valid. The conviction has inevitably attracted a lot of criticism from rights activists.

“It is absurd for one to be prosecuted for holding a video exchange — it has proved how conservative the Singaporean court is, and how afraid it is for activists of different countries to exchange ideas,” Joshua Wong said to the Hong Kong Free Press.

Singapore has, for a long time, placed severe restrictions on free speech. The government often uses libel suits against activists who question the power structure and ask for more freedom of expression. Jolovan Wham is just one of many activists who are under the government radar for being a “threat to society.’

“There is little real freedom in Singapore to speak critically of the government or the courts, or to peacefully protest state policies… Singapore’s broad laws on contempt, sedition, and libel, among others, are aggressively used against activists, bloggers, cartoonists, and the foreign media to stifle critical speech… Singapore should bring its laws on freedom of speech into line with international standards, as the new government in nearby Malaysia has committed to do,” Phil Robertson, Deputy Asia Director at Human Rights Watch, said in a statement (Human Rights Watch).

As for Jolovan Wham, he is currently out on bail and will be attending the court again on January 23, where he will be sentenced. The activist can be fined up to US$3,700 for organizing a public assembly without a permit. And for refusing to sign a police statement, Jolovan Wham may have to pay an extra fine of US$1,850 or face jail time of three months or both.