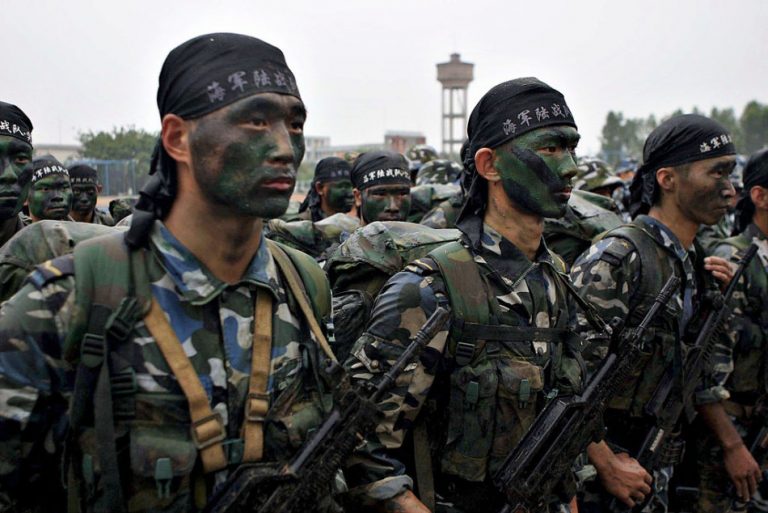 A 2018 White House report had warned that iFLYTEK is a Chinese startup supporting the modernization of the country’s military. (Image: via Wikimedia Commons)

On his first full day as the acting Defense Secretary of the United States, Patrick Shanahan declared to the military service chiefs and undersecretaries of defense that dealing with the Chinese threat would be his number one priority. The statement comes on the back of heightened aggression from Beijing, including President Xi asking the military to prepare for war.

Defense Secretary on dealing with China

Defense Secretary Shanahan stated that he would focus on implementing the National Defense Strategy, which had been drafted by former Defense Secretary Jim Mattis and has the approval of U.S. President Donald Trump.

The National Defense Strategy describes China as a strategic competitor who “will continue to pursue a military modernisation program that seeks Indo-Pacific regional hegemony in the near term and displacement of the United States to achieve global pre-eminence in the future… The most far-reaching objective of this defence strategy is to set the military relationship between our two countries on a path of transparency and non-aggression,” according to the South China Morning Post.

Defense Secretary Shanahan said that his objective is to sharpen and strengthen the competitiveness of the American military. He believes that “there are no such things as fair competitions — there’s just competition.” After Trump declared in December that the U.S. would exit from Syria, one of the first things Shanahan will have to tackle will be the speed with which America pulls out its 2,200 troops from the war-torn nation.

Military tensions between the U.S. and China has been surging in recent months, mostly due to the Taiwan issue. While Beijing wants to annex Taiwan and bring the island nation under its authoritarian control, the U.S. supports Taiwan’s stand of remaining a democracy.

“The PLA is capable of taking over Taiwan within 100 hours with only a few dozen casualties… A possible military conflict may take place in Taiwan soon. [But] as long as the U.S. doesn’t attack China-built islands and reefs in the South China Sea, no war will take place in the area,” Wang Hongguang, a retired lieutenant general of the People’s Liberation Army, said in a report (Navy Times).

China’s attempt to dominate the South China Sea is also irking neighbors like Vietnam, Japan, and South Korea, who view the Chinese military as a threat to the stability in the region. America’s bases in Japan and South Korea are the one thing keeping Beijing in check. The Chinese have even issued threats to the U.S. military, asking it to stay away from the South China Sea or face “grievous consequences.”

Last December, China’s Rear Adm. Lou Yuan, the deputy head of the Chinese Academy of Military Sciences, stated that China should focus on sinking two U.S. aircraft carriers in the South China Sea. He believes that such an action would kill 10,000 U.S. military personnel and put America on the back foot.

Recently, Chinese President Xi Jinping asked his country’s armed forces to prepare for war, just days after he claimed that Beijing might use military force to take control of Taiwan. Several U.S. lawmakers have condemned Xi’s statements and pledged to support Taiwan’s independence.