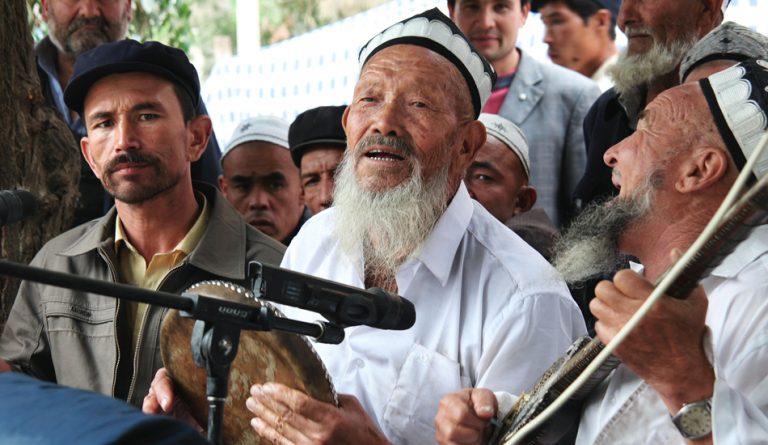 Muslims in Xinjiang are heavily persecuted under communist rule. (Image: travelingmipo via Flickr)

The Chinese Communist Party (CCP) has revealed a policy that aims to infuse Islam with socialism. It has practiced a strict anti-religious policy in the past, persecuting millions of Christians, Muslims, Buddhists, and Falun Gong practitioners who dared to practice their faith. Of late, the CCP has been focused on “sinicizing” the religions as a covert means to gain control over practitioners.

A recent meeting between government officials and representatives from eight Islamic associations ended with an agreement — “to guide Islam to be compatible with socialism and implement measures to Sinicize the religion,” according to Al Jazeera. The project will be guided by President Xi Jinping’s “Thought on Socialism with Chinese Characteristics for a New Era.”

The Muslim representatives came from the regions of Hunan, Shanghai, Beijing, Inner Mongolia, Yunnan, and Guangdong. The sinicization plan is to be implemented within the next five years. Following the meeting, a copy of the plan was sent to local Islamic associations. After further revisions, the contents will be released to the general public. Chinese Muslims will soon be given lectures on the core values of socialism, law, and Chinese culture.

In many regions of China, practicing Islam has been forbidden. Individuals caught in the act are often punished. Muslims are also barred from growing a beard or wearing a hijab.

Diplomats from 12 nations recently visited the controversial Xinjiang region from December 28 to December 30, 2018. The envoys came from Russia, Thailand, Afghanistan, Malaysia, Indonesia, Uzbekistan, Kyrgyzstan, Kazakhstan, India, Tajikistan, Pakistan, and Kuwait. The visit was made after China came under intense pressure over its persecution of the Muslims in the region.

The envoys interacted with students at the detention centers and observed them practicing calligraphy, musical instruments, painting, and other employment skills. The residents are said to have spoken about their mistake of being influenced by extremist religious thought and how the camp helped them get over such feelings. Lu Kang, a Chinese foreign ministry spokesman, stated that UN officials were welcome to visit the region.

“Xinjiang is an open place… [Those who would visit should] abide by the purposes and principles of the UN Charter and refrain from interfering in others’ internal affairs or undermining others’ sovereignty. They should adopt an objective and unbiased attitude and avoid buying one-sided stories or making preconceptions. We would like to remain in contact with the relevant UN agencies and meet each other halfway,” Lu said in a statement (Time).

However, several human rights organizations have criticized the visit as a staged performance since the envoys only checked out places that the Chinese government had prepped out for them. Instead, an independent and random visit into the regions would give a truer picture of what Beijing is doing to the Muslims in Xinjiang.

“I’d describe Lu Kang’s idea as a UN visit with Chinese Party-state characteristics — and therefore one that would be devoid of credibility,” Sophie Richardson, China director at Human Rights Watch, said to the South China Morning Post.

Almost 1 million Muslims in Xinjiang are said to have undergone harsh treatment in detention camps. Beijing is believed to have arranged the 12-envoy visit in order to gain the support of these countries against growing International scrutiny over mistreatment at the camps. Interestingly, none of the envoys were from a Western country.