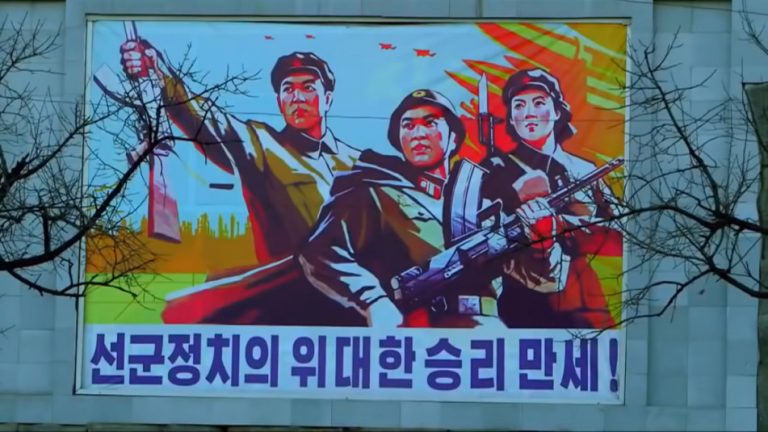 The harsh communist rule of North Korea forces thousands of people to escape their homes to neighboring countries. (Image: Screenshot via YouTube)

The harsh communist rule of North Korea forces thousands of people to escape their homes to neighboring countries. This comes with a huge risk — if caught, North Korean defectors will be subject to extreme punishments by the North Korean communist authorities determined to make an example of them as potential “traitors.”

According to data released by South Korea’s Ministry of Unification, they have received almost 31,000 North Korean defectors over the past several decades. A vast majority of the North Korean defectors are educated women in their twenties and thirties. Most of them live in the capital of Seoul or in the surrounding Gyeonggi.

Since the border between North and South Korea is heavily militarized, very few people choose to cross it. Instead, China is the most-used escape route by North Korean defectors. Once in China, they travel to Vietnam, Laos, Thailand, and finally to South Korea.

In 2009, South Korea received the highest number of defectors, at 3,000 refugees. However, once Kim Jong-un came into power in 2012, the numbers dropped significantly as he has initiated extremely harsh punishments. In the first half of 2018, only 192 North Korean refugees made it to the South. This is a 31 percent drop compared to the same period in 2017.

“The Chinese authorities are more top of what is going on within their borders and North Korean refugees get arrested, not just in the northeast of China, but even in the south and southwest, just before they get into southeast Asia… Last year [2017] was a particularly bad year… The crackdowns in China were so widespread and so severe,” Sokeel Park, the South Korea country director for Liberty in North Korea, a group helping to rescue defectors, said to The Telegraph.

Defectors who are caught face a very unpleasant future. The punishments are not only limited to death sentences, but also torture and sexual violence. The severity of punishment depends entirely on the assessment of the North Korean authorities.

Over the past year, North Korea seems to have taken the initiative to improve relationships with the U.S. and South Korea. Kim Jong-un even met with President Trump at a historic meeting in Singapore to discuss denuclearization and the future of his country. While this definitely is a positive sign for global politics and economies, North Koreans wanting to defect seem to be on the losing side.

South Korea is less likely to take in defectors considering that its relationship with the North is improving. The U.S. too won’t meddle in the matter since denuclearization of North Korea is of extreme importance for peace and stability in the region.

Therefore, experts feel that the number of defectors might come down in the next few years while the U.S. and South Korea try to strike an agreement with Kim Jong-un. But if a deal is struck, North Koreans might soon have a chance of a better life in their home country.