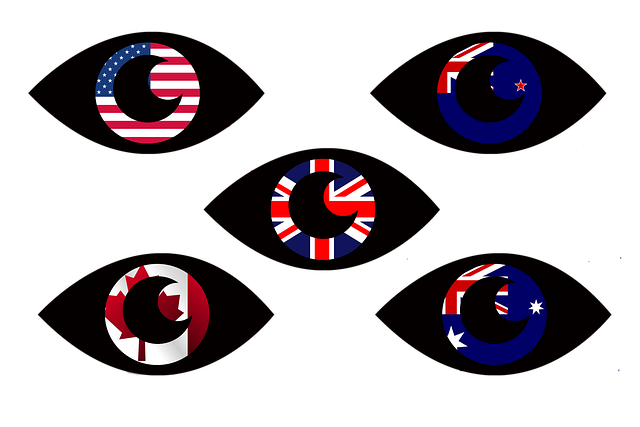 The Five Eyes is an intelligence alliance comprising Australia, Canada, New Zealand, the United Kingdom, and the United States (Image: Nachtschatten1806 via Pixabay)

In a bid to counter China’s aggression in the South China Sea and the Asia-Pacific, Japan is strengthening a relationship with the Five Eyes alliance that includes the U.S., Canada, the U.K., New Zealand, and Australia. Five Eyes played a big role in thwarting Chinese company Huawei’s global ambition to dominate 5G technology.

Over the past year, Japan has forged a new understanding with the Five Eyes nations, including sharing of intelligence information and joint military pursuits. “The Self-Defense Force is highly interested in the information on the Chinese military that the Five Eyes have gathered in the Sea of Japan and the South China Sea,” a Japanese government official said in a statement (Nikkei Asian Review).

In October, the U.S. invited Japanese defense and intelligence agencies to participate in the Air Force Space Command’s Schriever Wargame. Since 2001, war games have been conducted 12 times, mostly between members of the Five Eyes alliance. This is the first time that Japan has been invited to the event. Japanese agencies reportedly participated in simulations in which they had to determine how to aid the U.S. in case of an attack against America’s space communications.

When the Five Eyes alliance accused Chinese hacker group APT10 of trying to steal the intellectual property of Western companies, Japan came out in full support. In December of last year, Japan put together a new defense guideline that gives special attention to areas like cybersecurity, space, and electromagnetic wave technologies. Interestingly, the Five Eyes alliance has also prioritized these same areas.

Japan is also collaborating with nations of the Alliance to deal with the issue of North Korean cargo smuggling. To this end, it has shared pictures of North Korean smuggling activity with the member countries.

Over the past year, the Five Eyes Alliance has increased efforts to contain China’s growing global ambitions. They have been providing classified information on China’s foreign activities with other countries that share similar concerns about China.

“Consultations with our allies, with like-minded partners, on how to respond to China’s assertive international strategy have been frequent and are gathering momentum… What might have started as ad hoc discussions are now leading to more detailed consultations on best practices and further opportunities for cooperation,” a U.S. official said to Reuters.

Increased intelligence sharing has brought to light China’s manipulation strategies, including activities like the subversion of politics in Australia and New Zealand, covert operations to gain local influence through Confucius institutes, investing in global media to spread communist propaganda, and so on.

But the biggest success of Five Eyes last year was its campaign against Huawei. After U.S. agencies revealed that Huawei was a security risk to the country because of its close relationship with the Chinese Communist Party (CCP), the Trump administration banned the use of the company’s products in government departments.

Australia and New Zealand followed by preventing Huawei’s 5G rollout in their countries. Japan also initiated an unofficial ban on the Chinese company’s 5G equipment. Trudeau has been warned twice by Five Eyes spy chiefs regarding the risk posed by Huawei to Canada. U.K. and Germany are considering a ban on Huawei. Other European nations have also shown interest in preventing Huawei’s 5G rollout.

Many more countries are rumored to join with the Five Eyes Alliance in the near future. The rise of an authoritarian China seems to have triggered a need for closer coordination among democratic nations across the world.