Taiwanese Turn Down China’s Offer of ‘One Country, Two Systems’ 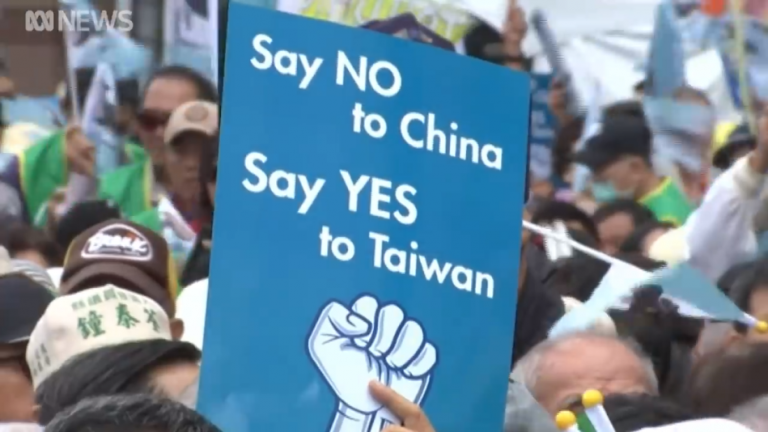 A new poll of Taiwanese citizens shows that more than four-fifths of the islanders have no interest in their country being unified with China under the ‘One Country, Two Systems’ policy. (Image: Screenshot via YouTube)

A new poll of Taiwanese citizens shows that more than four-fifths of the islanders have no interest in their country being unified with China under the “One Country, Two Systems” policy. The survey comes on the heels of Chinese President Xi Jinping’s remarks that Beijing will use military force if required to make Taiwan a part of China. Xi put forth the “One Country, Two Systems” framework as an ideal path to unification.

No future for ‘One Country, Two Systems’

The survey, conducted by the Cross-Strait Policy Association, collected almost 1,047 responses. It has a margin of error of 2.99 percentage points and a confidence level of 95 percent. When asked about whether the “One Country, Two Systems” model is acceptable, 80.9 percent of the respondents answered in the negative. Only 13.7 percent agreed to such a proposal.

Even people who asserted a Chinese identity over a separate Taiwanese identity rejected the “One Country, Two Systems” offer. Sixty-three percent of the People First Party and 64.7 percent of the Chinese Nationalist Party (KMT) supporters who participated in the survey were against such a unification.

More than 55 percent of the respondents rejected the existence of the “1992 Consensus.” The term “refers to a tacit understanding between the KMT and the Chinese Communist Party that both sides acknowledge there is ‘one China,’ with each side having its own interpretation of what ‘China’ means,” according to Taipei Times.

Post Xi’s aggressive comments on unification, Taiwanese President Tsai Ing-wen gave an equally sharp reply, asserting Taiwan’s democratic status and its independence from CCP control. Almost 78 percent of the survey participants agreed with Tsai’s position that all cross-strait political negotiations needed a mandate from the people and must be subjected to public scrutiny. More than 61 percent were happy with their president’s response.

Beijing is also nervous about Taiwan gaining access to the latest military technology and has been trying to prevent other countries from helping the island nation. Last year, the U.S. State Department approved a technology transfer that would enable Taiwan to build its own submarines. With other countries reportedly offering their submarine designs, the Chinese regime has publicly warned against such trades.

“China is firmly opposed to any country selling arms to Taiwan and having any form of military links with Taiwan. This position is consistent and clear cut… We urge the U.S. and other countries to fully recognize the sensitivity of this issue and earnestly abide by the one-China principle and do not allow enterprises to participate in the submarine programme of Taiwan and stop any form of military link with Taiwan. We urge them to handle the issue prudently and properly to avoid harming bilateral ties [with China],” Hua Chunying, Chinese Foreign Ministry spokesperson, said in a statement (NDTV).

In addition to two American firms, two from Europe, and one each from Japan and India have offered submarine designs to Taiwan. The government will consider approving a design by March this year.