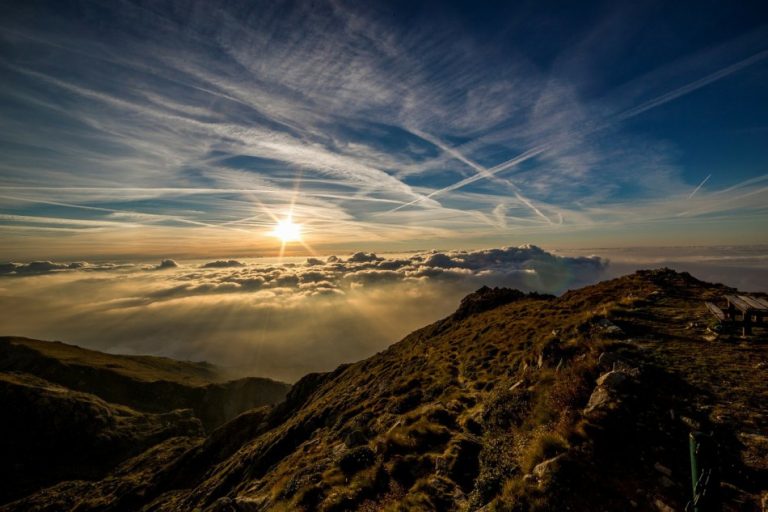 The idea of releasing sulfate aerosols into the stratosphere, mimicking the eruption of a volcano. (Image: via Pixabay)

Simply reducing greenhouse gas emissions probably is not going to be sufficient for the planet to escape catastrophic damage from climate change, scientists say. Additional actions will be required, and one option is solar geoengineering, which could lower temperatures by methods such as reflecting sunlight away from the Earth through the deployment of aerosols in the stratosphere.

However, the prospect of experimenting with the Earth’s atmosphere has left some people skeptical, and some outright scared, of the process. A new study, “Mission-Driven Research for Stratospheric Aerosol Geoengineering,” in Proceedings of the National Academy of Sciences, sets out to establish a roadmap for responsible exploration of geoengineering. Lead author Douglas MacMartin, senior research associate and senior lecturer in mechanical and aerospace engineering, said:

“Part of the genesis of this paper is that a long time ago I got tired of going to meetings and not being able to say much more than: ‘If you do geoengineering, it will get colder.

“We actually need to do the research to understand what the impacts are and understand the uncertainties.

“There are obvious questions about how to govern the technology if it was actually being deployed, or how to make decisions about deploying it. But there’s also been a lot of discussion about how to even govern the research process — and that question should start with understanding what sort of research needs to be done.”

While scientific research traditionally has been motivated by the innate curiosity of scientists grappling with an interesting question, this study finds that geoengineering requires a more mission-driven approach with a clear goal: informing policy. MacMartin added:

“It’s the research community’s responsibility to ensure that before people get to a point of saying: ‘Let’s consider using geoengineering,’ we’re able to provide enough information to either say ‘No, here’s why not’ or ‘If you were to do it, this is the best way to do it, here is what we think the impacts are, here are the uncertainties.’”

The study, which MacMartin co-authored with Ben Kravitz, assistant professor at Indiana University, focuses on the idea of releasing sulfate aerosols into the stratosphere, mimicking the eruption of a volcano. This follows a natural process and thus would limit the “unknown unknowns” and enable researchers to calibrate their models. That’s important because the study finds that near-term geoengineering research will primarily be modeling. MacMartin said:

“I think it’s reasonable to expect that there will be some need for [more] tests, but those will always be small.

“The upshot of that is, in terms of research governance, it does not necessarily need to address transboundary issues or worry about a slippery slope to deployment in which you agree to one scale of experiment, and then it gets a little bigger, and a little bigger still.

“Engaging in geoengineering research itself doesn’t have to be scary. I think if you look carefully at what needs to be done, it looks a lot more like climate science research, but focused on a particular goal.”

Given that a recent report from the United Nations’ Intergovernmental Panel on Climate Change shows that global warming will pass 1.5 C around 2040, MacMartin sees an urgent need to start making inroads in exploring geoengineering research. It could take up to 20 years before scientists can help policymakers make an informed decision about the effectiveness of the technology. Kravitz said:

“I think the main message of this study is that it explicitly asks us to prioritize our research.

Geoengineering a supplement to reducing emissions

MacMartin said geoengineering should be viewed as a supplement to reducing greenhouse gas emissions, not a substitution. He likes to think of the process as an airbag, saying:

“If you know you’re going to get into an accident, you ought to take your foot off the gas and put it on the brake, but you might want airbags, too.

“The airbag doesn’t change the fact you’re going to get into an accident, but it does mean you’ll have less damage.”

Provided by: David Nutt, Cornell University [Note: Materials may be edited for content and length.]