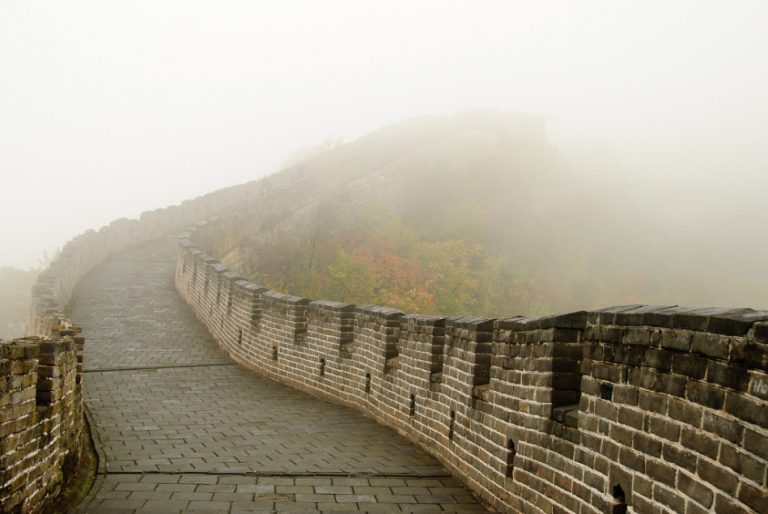 China has a very long history that dates back thousands of years. (Image: via Pixabay)

In Chinese society, there has been a saying: “Whenever there is a number 9, chaos is around the corner.” This is in alignment with the concept in Taoism of the interchange of Yin/Yang energy, that is to say: “When Yang reaches the peak, it turns into Yin, and when Yin reaches the peak, it turns into Yang.” Based on numerology, number 9 is the highest point of Yang and number 10 is the maximum.

In China, there have been major events noted whenever it comes to the year ending with number 9, which has happened in the last few decades. Let’s assess the following.

The May Fourth Movement was an anti-imperialist, cultural, and political movement growing out of student participants in Beijing on May 4, 1919, protesting against the Chinese government’s weak response to the Treaty of Versailles, especially allowing Japan to receive territories in Shandong that had been surrendered by Germany after the Siege of Tsingtao. These demonstrations sparked national protests and marked the upsurge of Chinese nationalism.

In 1949, the Communist Party of China (CCP) gained control of mainland China and established the People’s Republic of China (PRC), which forced the Republic of China (ROC) to retreat to Taiwan, resulting in a lasting political and military standoff between the ROC in Taiwan and the PRC in mainland China. At the same time, the Chinese Civil War between the Kuomintang (KMT) and the CCP was still going on in the north and south of the country, and the society was in chaos.

In 1959, there was a full-scale uprising that broke out in Lhasa, Tibet. Thousands are said to have died during the suppression of the revolt by the CCP. The Dalai Lama and most of his ministers fled to Northern India followed by some 80,000 other Tibetans.

In March 1969, the most serious of the Sino-Soviet border clashes occurred in the vicinity of Zhenbao Island on the Ussuri River, that brought the two communist-led countries to the brink of war. There were hundreds of dead and wounded on both sides. In August of the same year, further border clashes occurred. Heightened tensions raised the prospect of an all-out nuclear exchange between China and the Soviet Union. The U.S. Central Intelligence Agency (CIA) in August 1969 in the President’s Daily Briefing described the conflict as having “explosive potential” that included a Soviet attack on Chinese nuclear facilities while China “appears to view the USSR as its most immediate enemy.”

In February 1979, the People’s Republic of China launched the Sino-Vietnamese War. Although the war lasted only one month, the number of casualties was huge. According to China’s official data, 6,954 people were killed and nearly 14,800 were injured.

In June 1989, in Beijing at Tiananmen Square, the Chinese Government mobilized troops with assault rifles and tanks to suppress unarmed patriotic students calling for democracy, greater accountability, freedom of the press and freedom of speech. This shocked the world. After this June 4 incident, the international community, human rights organizations, and political analysts condemned the Chinese government for the violent response to the students’ movement. Western countries imposed economic sanctions on Chinese entities and officials.

In 2009, a series of violent riots broke out on July 5 in Urumqi, Xinjiang. The cause of the incident was reported to be caused by tensions at a Guangdong factory in Shaoguan that led to a full-blown ethnic brawl between the Uyghurs and Hans followed by street protests in Urumqi by the Uyghurs. The Chinese government deployed its armed police to suppress the Urumqi protest. Since then, Xinjiang has been in a state of semi-martial and complete martial law. Today, the CPC has put a huge number of Uyghurs into concentration camps.

In 2019, it is foreseen that the CCP will continue to face many problems — the U.S.-China trade war, deterioration of China’s economy and a steady rise in domestic inflation, especially for housing, growing tensions over its territorial claims in the South China Sea, growing resentment in the Islamic world of its crackdown of Uyghur Muslims, and pushback by governments of its use of cyberspace and 5G technology to steal trade secrets and industrial technology.

Hundreds of well-known figures expressed their feelings that the CCP’s reform is dead. Professor Zheng Yefu of Peking University posted an article on Chinese social media that calls for the CCP to “fade from history.” China’s Belt and Road Initiative has been looked upon as somewhat chaotic. The “one country, two systems” proposed by the Chinese government met with a boycott from across the Taiwan Strait.

Hong Kong’s Asia Weekly believes that each of these incidents is difficult for the CPC to take and will shake the foundation of the CPC. In the New Year greetings, the Beijing authorities also stressed that the Communist Party of China is facing a “big change” that has not been seen in a hundred years.