Why Mobile Payments Are a Big Hit in China 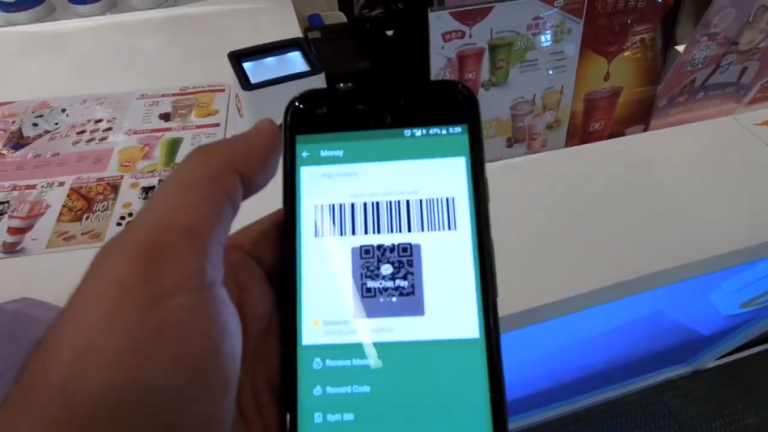 China’s ecosystem of mobile payments has taken off in a big way. To put things into perspective, while Apple Pay is estimated to have 127 million users, Chinese payment apps like AliPay and WeChat Pay have 500 million and 900 million active monthly users respectively.

Both WeChat Pay and AliPay use QR codes to facilitate payments. So a smartphone user who wants to pay a bill to a retailer simply needs to use their phone to scan the QR code displayed by the seller to make the payment. This simplicity is essentially what enabled mobile payments to explode in popularity.

In the West, use of credit cards had seeped into every segment of society during the past few decades. But in China, credit cards were largely limited to high-income earners. Over the last decade, the popularity of mobile phones resulted in a generation of people who were desperately searching for convenient payment options.

Homegrown companies like Alibaba and Tencent latched onto the massive opportunity, launching payment systems like AliPay and WeChat Pay. The result — Chinese users adopted this new payment solution rapidly and the country has become the global leader in mobile payment solutions.

China essentially went from cash-based to a mobile payment society, skipping the credit card phase that the West went through. A 2017 survey found that almost 92 percent of people in some of the biggest Chinese cities used either AliPay or WeChat Pay as their primary payment method. Cash payments secured the second spot while credit card payments came in third place.

Today, the majority of adults in China use AliPay or WeChat Pay, from millionaires shopping for their gem-encrusted luxury watches to old ladies on the street buying groceries. “In China, eCommerce is a powerful incentive for users to purchase smartphones that enable mobile payment features. The social aspect that mobile payments brings can serve as an integral step in building trust and learning about digital services, especially in rural communities,” Mei Lee Quah, an Industry Principal Analyst at Frost & Sullivan, said in a statement (PR Newswire).

Another major factor that contributed to the rapid growth of such payments in China is merchant adoption. Chinese businesses were quick to offer this system to their customers, whether it be the biggest shopping malls in the city, neighborhood grocery stores, or roadside eateries. Almost every business started displaying two QR codes, one for AliPay and another for WeChat Pay. As people discovered that they could pay for anything through their phone without having to rely on their wallet, interest in mobile payments surged.

According to Frost & Sullivan, China’s mobile payments services market is expected to grow from US$29.93 trillion in 2017 to US$96.73 trillion by 2023, a more than threefold increase in a span of six years at a compound annual growth rate (CAGR) of 21.8 percent.

AliPay uses a credit scoring system called Sesame Credit. Introduced in 2015, it was developed by Alibaba Group’s affiliate Ant Financial Services Group (AFSG). When launched, it was the first credit agency in China to use both online and offline information to score users. A value of 350 indicates low trustworthiness while a value of 950 marks high trustworthiness according to the scoring system.

Meanwhile, Tencent is currently testing their credit scoring system, with a score of 800 reportedly being considered as a high score. Named ‘WeChat Pay Points’, the system has been in testing since November 2018 and is expected to be rolled out later this year.

Both scoring methodologies not only take the credit history of a person into consideration, but also factors like personal connections, spending behavior, and so on.