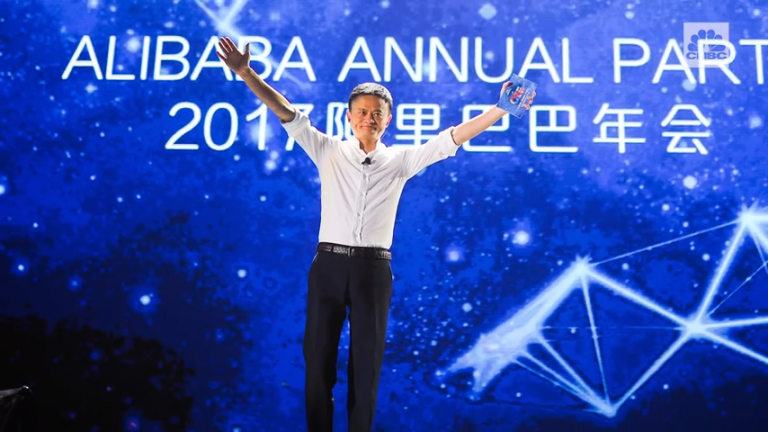 Ma Yun, founder of the Alibaba Group, the world’s largest e-commerce platform with an annual revenue of over US$36 million, announced his plan to officially step down and leave the Ali Group in September 2018. Two months later, his membership in the Chinese Communist Party was revealed when his name appeared on a list of celebrities who had made “outstanding contributions” to CCP reform efforts. As an individual whose net worth is estimated to be US$34.6 billion, his exposure as a Communist Party member drew the world’s attention.

The Alibaba Group’s secret to working with the CCP

Ma Yun once said in an interview at the World Economic Forum that for companies to work with the Chinese government, they should “fall in love with them, but not marry them.” The Wall Street Journal quoted some analysts as saying that the official disclosure of Ma Yun’s Party membership shows that the CCP is working hard to expand control and influence to reach out to all corners of the business community.

Apple Daily said that in the past, Ma Yun would travel to the United States to attend meetings and forums every year. Since his Party membership has been made public, he has stayed in Hong Kong.

Ma Yun revealed that he obtained a Hong Kong identity card and bought property at the Peak of Baijiadao for US$1.5 billion. In recent months, he often appears on the top of the mountain.

The Alibaba Group was founded in 1999 and a year later, the company incorporated a Communist Party committee into their governance structure. Shao Xiaofeng, the current Party secretary of the Alibaba Group, was originally a policeman. He left the police force to join the Alibaba Group in 2005.

Teng Biao, a Chinese human rights lawyer in the United States, said that Ma Yun’s relationship with the CCP is an open secret. Without the support of the CCP and without the mutual benefits that come from collusion with the CCP, it would have been impossible for Ma Yun to accumulate such a huge fortune.

Teng Biao said that although Ma Yun became the richest man in China, if the CCP wanted to deprive him of his wealth, it would happen in a matter of minutes. He believes that the Party media has publicly disclosed Ma Yun’s status as a Communist Party member in order to ensure that he will shoulder more political tasks in the future.

Ma Yun predicted his own ending

Duncan Clark, author of Alibaba: The Business Empire of Ma Yun, said that as a party member, Ma Yun must know what to say when necessary and what not to say.

Ma Yun mentioned in a speech last year that he was in a delicate situation. This situation made him nervous. “Every time when I participate in any activity, I become inexplicably nervous for at least three days beforehand if I have to talk. That is really different, because I feel that there is a burden on me, and I have a responsibility.”

In 2016, during “Ma Yun Rural Teacher Award” and “Return to Classroom” activities, Ma Yun also said: “My so-called wealth today is not mine at all. China’s richest people rarely have a good ending.” He also said: “Don’t be greedy for power; otherwise, it will cause trouble.”

When Ma Yun was interviewed by Esquire in 2013, he also bluntly said that he had already predicted his future. “Chinese entrepreneurs rarely have a good ending, either in the present day or in history.”

He also said: “You used to be poor, and no one was looking for you. After you become rich, many people want to see you. Some are well-known or have power. It is very hard to deal with.”

Ma Yun’s statement and feelings seem to have a solid basis in fact. In recent years, the husband of Deng Xiaoping’s granddaughter and chairman of Anbang Insurance Group, Wu Xiaohui, was harshly sentenced. One of China’s most prominent princelings, Chen Xiaolu, had a violent death. Huaxin Energy’s chairman Ye Jianming was investigated. Wang Jianlin, founder of the multinational conglomerate company Dalian Wanda Group, fell off the richest man list. The founder of Hainan Airlines, Wang Jian, died mysteriously. China’s super-rich seem to be under a curse.

Last year, Ma Yun announced his resignation, which was considered a wise move. He abandoned his fortune in order to save his life.