Discovering Atlantis Through the Revelations of Psychic Edgar Cayce 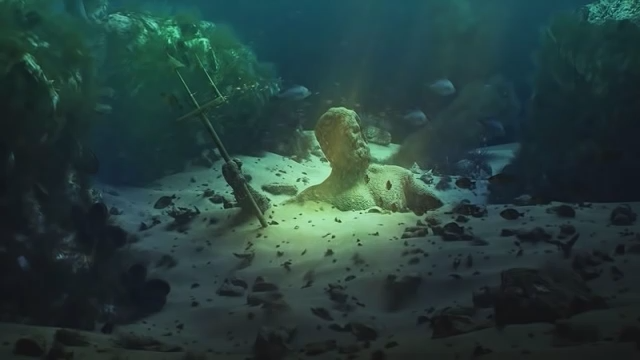 The most popular subject of Edgar Cayce's trance readings was the rumored ancient city of Atlantis. (Image: via Nspirement)

Edgar Cayce was a famous American clairvoyant who is known for the vast number of predictions and revelations he gave during his lifetime. The most popular subject of his trance readings was the rumored ancient city of Atlantis, which he confirmed as having existed.

According to Cayce, Atlantis was the first civilization on Earth, far more advanced than any that exists today. Atlantis was roughly the size of the Eurasian continent. The civilization saw three great periods, the first two occurring around 15,600 B.C. It was around this time that the mainland was divided into islands, with the three main ones being the islands of Og, Poseida, and Aryan. The last of the islands sank into the Atlantic Ocean around 10,000 years ago. So, what were the people of Atlantis like?

“Edgar Cayce portrays the Atlanteans as a ‘thought people, those of an intuitive influence.’ How did they get this way? They focused on developing their children’s natural skills, such as their intuitive instincts, and respected their insights and dreams… As adults, some of them developed tremendous discipline of the mind and dedicated their lives to applying the knowledge they acquired… Incense, crystals, symbols, and particular sounds facilitated meditation and enabled our ancestors to penetrate the darkness and more easily access the energy and wisdom of the universe,” according to Nina Shoroplova.

Atlanteans apparently had access to quantum technologies and used crystals for healing. Silicon chips used in those times are said to rival those of today. The science of the mind was fully mastered by the people of Atlantis, who had access to knowledge like psychokinesis, mass mental telepathy, and astral projection.

Cayce believes that the destruction of Atlantis was brought about by the cultural degeneration of its people who succumbed to lust and greed. During the end times, two rival factions fought for control over the region. However, after Atlantis sank beneath the ocean, a few survivors escaped to Egypt. They are said to have buried a record of their history and accomplishments under one of the paws of the Sphinx. Interestingly, modern science has confirmed that there is a room beneath the Sphinx’s left paw. However, no one has explored it yet.

The search for Atlantis

In 1938, Cayce made a prediction. “A portion of the temples may yet be discovered under the slime of ages and sea water near Bimini… Expect it in ‘68 or ‘69 — not so far away,” he had stated (Ancient Origins).

Surprisingly, the prediction came true in 1968 when a large underwater “pavement” was discovered near North Bimini island in the Bahamas. The structure was named the “Bimini Road.” Followers of Cayce believe this to be the remnant of one of the temples of ancient Atlantis. In 2007, the Cayce Association for Research and Enlightenment carried out a series of expeditions to the Bahamas.

“The initial report from these expeditions, issued in July, detailed the discovery of several crashed planes, at least one of which was reported missing in the Bermuda Triangle. The second report, issued in August, summarized several unexpected discoveries at Bimini, which included what appear to be rectangular building foundations in 100-feet of water and the remains of a temple consisting of white marble materials,” according to Edgar Cayce’s ARE.

While no concrete proof of the existence of Atlantis has been discovered yet, the mystery surrounding the structures at Bimini and the revelation of Cayce inspire people to search for the famed lost region.