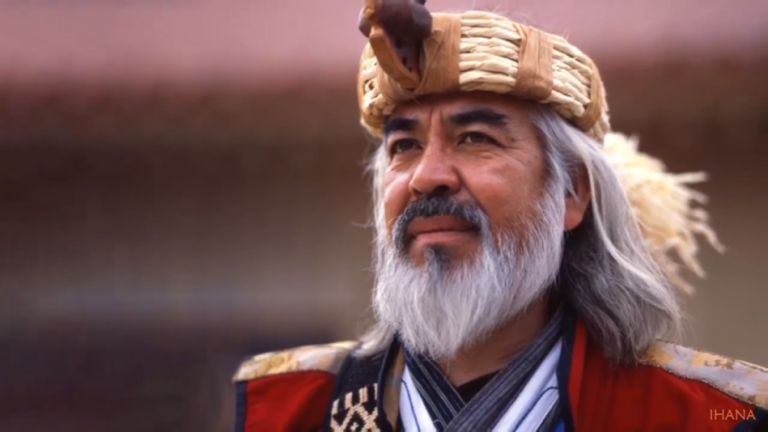 Research suggests that Japan's exalted samurai might be descended from the Anui people. (Image: Screenshot via YouTube)

The Samurai, ancient Japan’s warrior class, have been one of the most celebrated groups of people in modern pop culture. Numerous movies, TV shows, and video games have been made, picturing them in a mythical, mysterious, and noble manner. However, Japan also has the Ainu people, a community that has been discriminated against throughout the country’s history. Surprisingly, research now suggests that the very samurai that have been exalted by the Japanese for centuries might actually be descended from the Ainu people.

Origin of the Samurai

In popular consciousness, the Samurai are believed to have been descended from the Jomon, a prehistoric community that inhabited Japan. The Ainu were believed to be racially different and “not really Japanese.” But Loring Brace, from the University of Michigan, disagrees.

His study of historical documents and skeletal remains show that the Ainu are the descendants of the Jomon and that the samurai eventually descended from them. In contrast, most of the Japanese are descended from the Yayoi, who moved in from China and Korea around 300 B.C.

To support his theory, Dr. Brace analyzed 34 anatomical features from over 1,100 skeletons of Ainu, Japanese, and other ethnic groups. Skeletons of the samurai were from the victims of the Battle of Kamakura in A.D. 1333.

Ainu people were characterized as having lighter skin, higher-bridged noses, and more body hair. Interestingly, the samurai were also described to possess these same features. Dr. Brace’s explanation also solves the mystery of why the facial features of the ancient Japanese ruling class are different from the modern Japanese — the samurai used to mix with the nobility, thereby passing on their genes to the upper classes.

”There is more than a little irony in this whole picture: Where the Ainu, so looked down upon in the traditional Japanese conception of the social spectrum, have had a genetic effect on the ruling classes of Japan that would be completely unexpected for a conquered and despised people presumed to have been exterminated,” Dr. Brace says in a write-up (The New York Times).

History of neglect of the Ainu

Most Japanese communities considered the Ainu people as having a “low status.” The Japanese government only recognized the existence of this community just a decade back. Until 1997, the government tried to force them to discard their cultural practices, hoping that they would mix in with the broader Japanese culture. Though such efforts have largely stopped, the damage was already done, as many chose to leave their culture behind in hopes of getting social approval.

“For much of the 20th century, Japanese government officials and academics tried to hide the Ainu. They were an inconvenient culture at a time when the government was steadfastly creating a national myth of homogeneity. So officials tucked the Ainu into files marked ‘human migration mysteries,’ or ‘aberrant hunter-gatherers of the modern age,’ or ‘lost Caucasoid race,’ or ‘enigma,’ or ‘dying race,’ or even ‘extinct.’ But in 2006, under international pressure, the government finally recognized the Ainu as an Indigenous population. And today, the Japanese appear to be all in,” according to the Smithsonian.

In 2012, some members of the Ainu community came together to form the Ainu Party, with the aim of realizing a multicultural society in Japan.