The 3 Great Sage Kings Held in High Regard in China 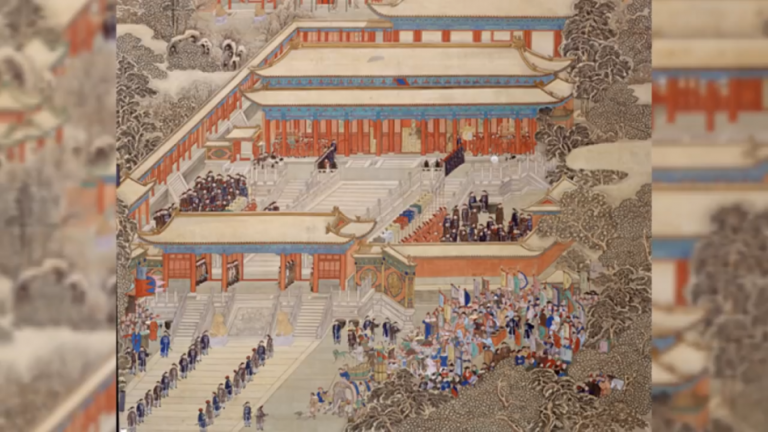 Emperors Yao, Shun, and Yu are together considered the three Great Sage Kings, largely because of their high character standards and skillful leadership. (Image: Screenshot via YouTube)

According to traditional Chinese accounts, Emperors Yao, Shun, and Yu are together considered the three Great Sage Kings, largely because of their high character standards and skillful leadership. Historical experts see in them moralistic constructs of the ideal ruler, conceived during China’s classical period around the 5th century A.D.

Emperor Yao is believed to have lived between 2356 B.C. and 2255 B.C. Born to Emperor Ku, Yao is also known by his alternative name, Tang Yao. He has always been extolled as an intelligent and morally perfect king. An interesting legend that reveals his righteousness relates to his succession.

During the end of his reign, Yao came to realize that his son did not have the virtue or skill to rule the kingdom. As such, he denied him the throne, putting the quality of a person above heredity when it came to kingship. Yao sent out a massive search throughout his domain to find a person worthy of being the ruler. Eventually, Yao came across a common farmer named Shun who impressed Yao with his admirable character. This farmer was later crowned as the legendary Emperor Shun.

Yao is credited with determining movements of the Sun and creating a calendar that matched movements of the seasons with the schedule of humans. By doing so, Yao enabled Chinese society to evolve a schedule for social activity and gave farmers a reliable way to decide when to plant seeds and harvest them. As a consequence, social order was created and Chinese civilization leaped by several bounds.

According to oral tradition, Emperor Shun lived between 2294 B.C. and 2184 B.C. Being the direct successor of Emperor Yao, the kingship of Shun provided people with a continuous rule of wise men. He is believed to have reigned together with Yao for 30 years, starting at the age of 30. He became emperor at the age of 53 and ruled until his death at 100 years.

Emperor Shun has been identified as a very modest person and therefore was glorified by Confucian philosophers. As a child, Shun was badly treated by his stepmother and half-brother and was forced to do all the hard work at home. His father, being blind, never knew about this and thought of him as being the source of all problems in the household. Despite such a depressing environment, Shun treated his relatives with respect and kindness.

Though Emperor Yao married his two daughters to Shun and gave him money and an office, he continued to live a humble life. Shun even succeeded in convincing his two wives, the princesses, to give up their extravagant lifestyles and live for the good of the people. Upon his death, both his wives wept for days and eventually committed suicide by jumping into a river.

Like Yao, Shun did not consider his son worthy of being a ruler. He eventually picked a man named Yu, who came to be known as the legendary Emperor Yu.

Also known as “Yu The Great,” he lived between 2123 B.C. and 2025 B.C. Yu had initially declined the offer of kingship extended by Shun, but eventually accepted it due to massive support from local chiefs and lords. Yu is famous for his introduction of flood control in China.

Prior to Yu, China was plagued by several floods. But Yu created a system of controls that helped Chinese society overcome the threat of floods. As a consequence, there was economic prosperity. He was a humble man who worked and slept with the workers under his care.

Yu ended non-hereditary succession of the throne by allowing his son to ascend and become the emperor. This led to the establishment of the Xia Dynasty, which remained in power between 2070 B.C. and 1600 B.C.