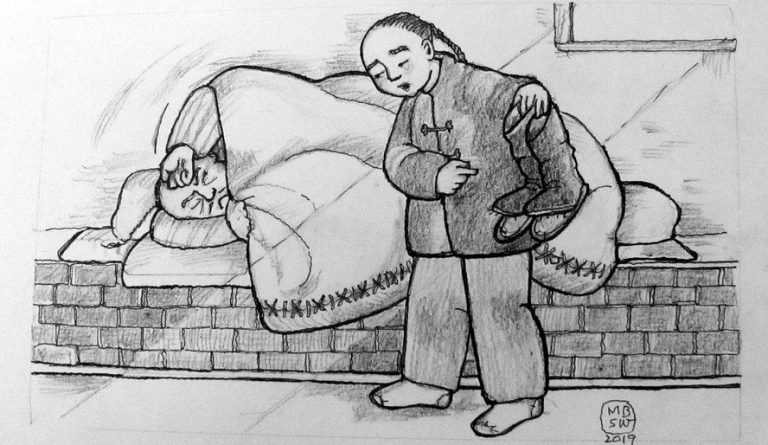 A man shares a pair of boots with his brother. (Image: Bernadette Wolf via Nspirement)

Two brothers decided to contribute money and share a pair of boots.

After buying the boots, the younger brother went out everyday with the pair of boots.

The older brother thought it was not fair. He wore the boots at night and walked the whole night.

After a few days, the boots were worn out.

The younger brother said to the older brother: “Let’s buy a new pair together again.”

The brother said with eyebrows furrowed: “I don’t want to. I need to get a good night’s sleep.”

Good Laughs (笑得好) is a collection of short stories edited by the Chinese doctor Cheng-Jin Shi (石成金) of the Qing Dynasty (1636-1912). This collection can be considered as the Chinese version of Aesop’s Fables. Dr. Shi was believed to have lived between the Kangxi and early Qianlong reigns. He also authored many other books on remedies for life and health.