Why James Watson Is Being Shamed by the Scientific Community 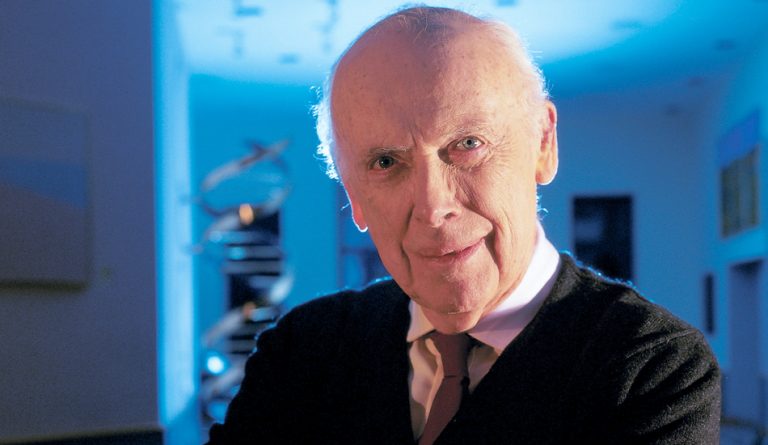 James Watson, the Nobel Prize winning scientist who uncovered DNA’s double helix structure, has been stripped of honorary titles after suggesting that blacks are less intelligent than whites due to genetic differences. (Image: via Wikimedia Commons)

James Watson, the Nobel Prize winning scientist who uncovered DNA’s double helix structure, has been stripped of honorary titles after suggesting that blacks are less intelligent than whites due to genetic differences. However, it is not as simple as that, and there are many layers to the story, including political correctness, media bias, politics, and of course, racism. We will try and go through them in this short article.

In a 2007 interview, James Watson stated that he was not very hopeful about the future of Africa since testing had shown that “their” intelligence was not the same as “ours.”

He also indicated that social policies being implemented on the continent were bound to fail as they were based on the assumption that blacks and whites have the same intelligence levels. James Watson reiterated his views of intelligence in an interview this month, which has led to the current uproar against the Nobel prize winning scientist.

“Dr Watson’s statements are reprehensible, unsupported by science, and in no way represent the views of CSHL… The laboratory condemns the misuse of science to justify prejudice… The statements he made in the documentary are completely and utterly incompatible with our mission, values and policies, and require the severing of any remaining vestiges of his involvement,” CSHL said in a statement (ABC News).

The topic of race and IQ is a touchy subject. And for good reason. In the hands of racists, IQ tests can become a justification for persecuting specific communities. But on the other hand, completely discarding scientific findings does no good in the pursuit of truth.

In a study conducted on 60,000 adults and 20,000 children, scientists discovered 40 genes that contributed to the intelligence of a human being. This brought the total number of IQ influencing genes to 52. Other studies conducted on twins have shown that almost 50 percent of the difference seen in IQ scores is influenced by genes. The other 50 percent was found to be influenced by external factors like nutrition, the condition in the womb, the pollution in the environment, and so on.

While Asians have a mean IQ score of around 106, whites have a score of about 103, Hispanics come in at the third spot with a score of nearly 91, and African Americans score just around 88. Asians also have the most number of people with IQ scores above 130.

In campuses around the country and left-leaning political establishments, the underperformance of African Americans in the U.S. is always alleged to be the result of discrimination by the majority white population. In the past, this was definitely true. To deny this would be inaccurate. However, in current times, to continue blaming a segment of society for the low achievement of another, without giving ample evidence or proof, is more of a political ploy rather than a substantial argument.

Take the case of Asians in the U.S. Just as blacks were discriminated against, so were they. But today, Asians are the top performing ethnic community in the U.S. As of 2016, Asian households had a mean annual income of US$80,720. In comparison, white households only had an income of US$61,349. African Americans came in at the bottom with just US$38,555 in annual income.

As leading social commentators have said regarding the state of financial and social well-being, to succeed in a well-positioned capitalist society, the individual simply needs to complete a basic high school education, stay clear of drugs and violence, and wait until marriage to bear children; if just these things are considered, the person can fare decently well and maintain an acceptable lifestyle.

Asians have done relatively well in this regard, while African Americans have suffered the most with high dropout rates, teenage pregnancies, single-parent households, etc. Children brought up without a father at home have been shown to be more prone to violence. Political parties have played on the community’s vulnerabilities and contrived to keep them in such a state for fear of losing votes. Thus, the cycle keeps on repeating.

Keeping out corrupt politicians and bringing back traditional structures of family and making the children finish their education would be a starting point to heal this issue, and this is something that all Americans should discuss between themselves, without prejudice or hate.

And as far as James Watson is concerned, he is one of the foremost scientists of our generation. Simply discarding scientific findings and vilifying scientists based on political correctness is never the right path to identifying and rectifying issues.