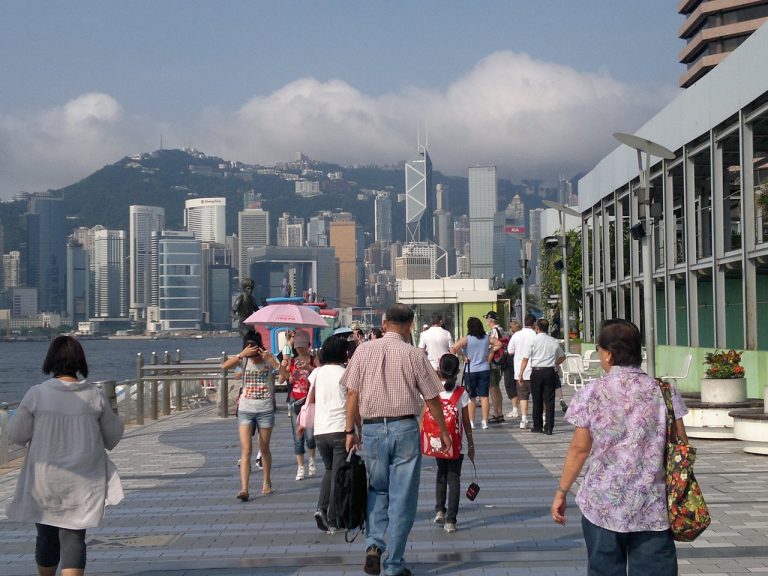 Many Hong Kong residents are refugees who have fled from starvation or political oppression in the mainland and are naturally ill-disposed to the central government. (Image: GailTumes via Pixabay)

When Hong Kong decided to unify with China under the “one country, two systems” rule, Beijing had promised that it would respect the city’s culture and democratic values. But this seems to have been just another empty promise made by the Chinese Communist Party (CCP) in a bid to make the city a part of the mainland. Of late, the CCP has been hard at work to undermine Hong Kong’s democratic ideals and personal freedoms. And in 2018, such attacks intensified. In fact, a 687-page annual review of Hong Kong by Human Rights Watch makes the same conclusion.

Cracking down on democracy in Hong Kong

In September last year, the Hong Kong government surprisingly banned a political party for being a “real threat to national security.” The Hong Kong National Party has a pro-independence stance that Beijing is not fond of. In the same month, the Chinese regime also pushed a new set of rules that would allow mainland laws to be in effect at the West Kowloon railway terminus.

This is a significant move that goes completely against the autonomy that was promised to Hong Kong under the “one country, two systems” model. All trains operating between mainland China and Hong Kong will now come under the control of Beijing’s laws.

Last year, the Hong Kong Electoral Affairs Commission disqualified two candidates, Lau Siu-lai and Agnes Chow, from running for the post of the city’s Legislative Council as their promotion of self-determination is “inconsistent” with the Basic Law.  Pro-democracy student activists are arrested and jailed while foreign journalists are denied visas on account of spreading “dangerous ideas.”

“These events in the past year indicate that Hong Kong’s freedoms are deteriorating at a quickening pace… In a city that has long taken pride in and treasured its freedoms, people now have to watch their words as the government imposes increasing restrictions on free expression,” Maya Wang, China researcher at HRW, said to the Hong Kong Free Press.

Hong Kong and the U.S. have had good relations for a long time, largely because the city shared America’s ideals of freedom and self-determination. However, things don’t look so rosy over the long term.

A report by the U.S.-China Economic and Security Review Commission highlighted how the growing influence of Beijing over the city is threatening its democratic institutions and robbing the city of its autonomy. “Beijing is degrading the territory’s democratic institutions of free speech and rule of law that make it a valuable partner for the United States and an important international financial hub,” according to the report.

Under pressure from Beijing, the Hong Kong government refused a U.S. fugitive surrender request for the first time since 1997. An American Navy ship’s routine port call was also denied for the first time in about two years. Despite several such worrisome events, the Hong Kong government has repeatedly failed to address them. Instead, it has termed the conclusions of the report as regretful.

“Under the Basic Law, Hong Kong is a separate customs territory and we remain committed to enforcing strategic trade controls. Hong Kong has, and will continue to maintain, close co-operation with the United States on the matter,” the government said in a statement (Coconuts).

The report urges members of the U.S. Congress to meet up with pro-democracy activists from Hong Kong and express their support for maintaining freedom of expression in the city.