DARPA Is Looking at Insect Brains to Build Conscious Robots 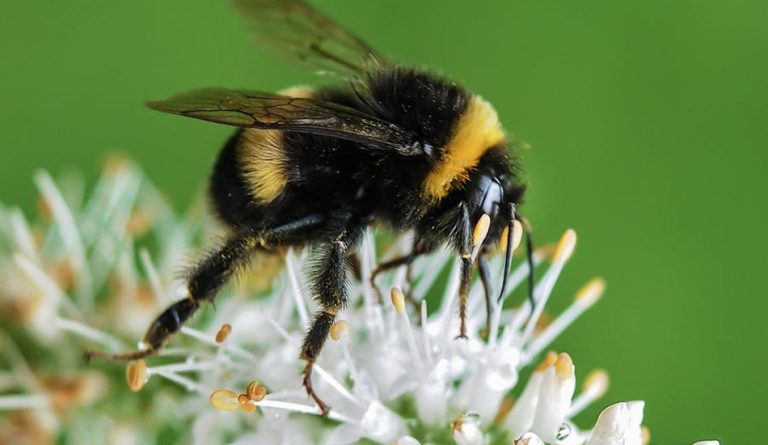 DARPA has announced a new program that aims to study the brains of insects to create conscious robots. (Image: via Pexels)

The Defense Advanced Research Projects Agency (DARPA) has announced a new program that aims to study the brains of insects to create conscious robots. The program comes under the agency’s broader US$2 billion Artificial Intelligence project unveiled last year that plans on creating “third wave” AI.

“Nature has forced on these small insects drastic miniaturization and energy efficiency, some having only a few hundred neurons in a compact form-factor, while maintaining basic functionality… Understanding highly-integrated sensory and nervous systems in miniature insects and developing prototype computational models… could be mapped onto suitable hardware in order to emulate their impressive function,” according to this government website.

The project, known as the Microscale Biomimetic Robust Artificial Intelligence Networks program (MicroBRAIN), is expected to eventually lead to the creation of large AI systems that could be trained on less data and consume less energy, leading to the creation of conscious robots.

While scientists have been hard at work trying to mimic the human brain, such an endeavor has been a time-consuming process that has not yet produced any tangible results. This is because a human brain contains about 60 to 70 billion interconnected neurons. Rebuilding such a complex network into software is clearly a huge challenge.

In contrast, the brains of some insects contain less than 1,000 neurons, making the process of mimicking them into an AI easier. “Compared with larger-brained organisms, these insects may hold the keys to strategies for AI that combine energy-, time-, and space-efficient operation,” according to a few researchers (Nextgov).

DARPA will be providing selected teams with US$1 million funding to create physical models of insect neural systems, analyze how the brain evolves over a period of time, and design hardware that mimics the neural structure of the brain, leading to the creation of conscious robots. The participants will initially create a proof of concept and then go into the prototyping phase. Interested parties are expected to respond to the solicitation by February 4, 2019. The program will launch on April 3.

In July last year, DARPA announced a US$2 billion campaign aimed at funding research into AI that could develop contextual awareness and full understanding of the world it exists in. For instance, an AI algorithm might be able to identify the species of parrot in your home, but it is yet to have the awareness to detect whether the bird needs food or water to survive. This is the problem the project hopes to solve.

“We are making multiple research investments aimed at transforming computers from specialized tools to partners in problem-solving… Today, machines lack contextual reasoning capabilities, and their training must cover every eventuality, which is not only costly, but ultimately impossible. We want to explore how machines can acquire human-like communication and reasoning capabilities, with the ability to recognize new situations and environments and adapt to them,” Dr. Steven Walker, agency director, said in a statement (DARPA).

The agency was reportedly pursuing 20 AI programs while launching the campaign. Over the course of 2019, DARPA will be investing in more programs it deems have the potential to further Artificial Intelligence and lead to producing conscious robots. The campaign has been set up to test the feasibility of high-risk, high-payoff projects. As such, each program will have about 18 months to prove its viability, following which it might attract further investments depending on how useful it is to the agency.