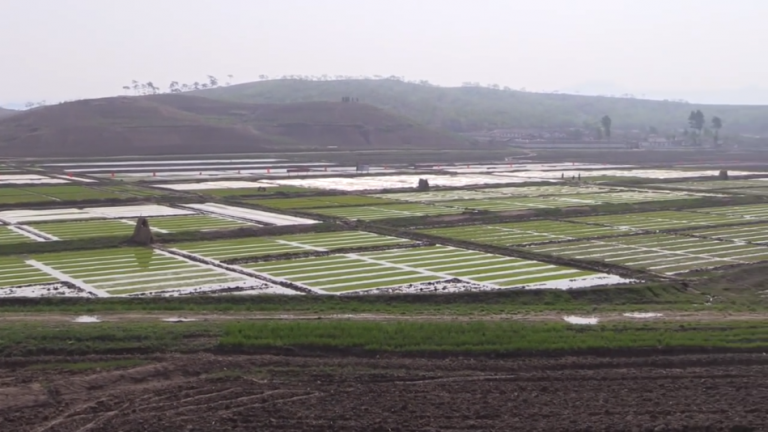 The state mandate came out after Kim Jong Un declared that he would revive the country’s economy by first focusing on boosting the agricultural sector. (Image: via Nspirement)

North Koreans have to fulfill a crazy communist government quota that no other person in any other country has to — they have to provide 220 pounds of feces every day. The state mandate comes on the back of leader Kim Jong-un’s New Year declaration that he would revive the country’s economy by first focusing on boosting the agricultural sector.

The feces quota for North Koreans

“After Kim Jong Un’s [speech], the entire population has been mobilized to produce manure as the first major task of the year… The authorities in each local region task factories, institutions, and citizens groups with assigning production quotas to each individual… They are demanding that each person produce 100 kg [220 pounds] of human feces per day, or about 3 tons per month… But how on earth can it be possible for one person to make 3 tons of human feces and deliver it?” an anonymous source from North Korea said to Radio Free Asia.

So what happens to people who can’t fulfill their daily quota? The government demands 660 pounds of livestock manure or compost instead. Since most people obviously cannot produce 220 pounds of feces every day, they resort to buying compost manure from shops to give to the government. The merchants are reportedly making crazy profits due to steady demand, charging nearly 20 yuan (approximately US$3) for every 220 pounds of human manure or 660 pounds of compost.

North Koreans also make cash payments to compensate for not fulfilling their quota. Most of the young women working in restaurants and beauty parlors choose this option. In Chongjin City, almost 80 percent of the females working in clothing factories pay cash. People believe that the government has intentionally set the quota limit to an unusually high level of 220 pounds so as to extort money from them.

The feces quota is not anything new. It has been in practice for some time. And North Koreans who have migrated from communist North Korea to other countries have hilarious stories to tell about the unusual government demand.

“Our bathrooms in North Korea were unusually far away from the house, so you had to be careful that the neighbours didn’t steal from you at night. Some people would lock up their outhouses to keep the poop thieves away. At school, the teachers would send us out into the streets to find poop and carry it back to class. So if we saw a dog pooping in the street, it was like gold. My uncle in Kowon had a big dog who made a big poop — and everyone in the family would fight over it,” Yeonmi Park, who escaped from North Korea in 2007, said to the Daily Star.

While the people are forced to defecate to “help” the agricultural sector, the North Korean government also runs bizarre propaganda in which it brainwashes the public to believe that the Kim family is so perfect that they don’t poop. Surprisingly, the propaganda works and many natives grow up believing exactly that.

“[They] were perfect beings, untarnished by any base human function. I was convinced, as we all were, that neither of them urinated or defecated. Who could imagine such things of gods?” Kang Chol-hwan, a North Korean concentration camp survivor, states in his memoir (Daily Star).

Other lies that are told to the North Koreans include Senior Kim having written 1,500 books while studying at a university and the current Kim being a child prodigy who could drive at just three years of age.