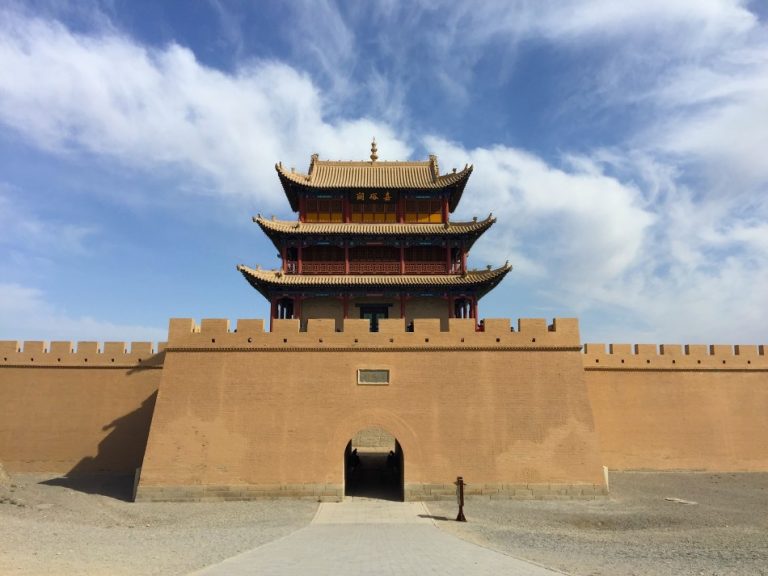 For centuries, there has been a brick that no one dares move or touch. It's history is shrouded in lore and legends. (Image: via Wikimedia Commons)

There is a story of a centuries-old brick from the Great Wall. The Jiayuguan Pass in China’s northwest is one of the region’s most splendid landmarks, being part of the Great Wall in Gansu. In the time of the Silk Road, Jiayuguan was famous along the legendary Silk Road route that connected the two worlds of the East and the West. The pass is located on the highest point of Jiayuguan mountain, just 5 km west of Jiayuguan City in Gansu Province. Its construction cost a great deal of manpower and material resources.

Legend has it that the Jiayuguan Pass has a mysterious extra brick that was placed loosely behind the Xiwong City gate part of the structure and no one has ever since dared to move it, even until today. People who travel to Jiayuguan can still see the mysterious stone that no one dares to move. Who put the stone there and why? According to lore going back to the time when the wall was constructed, the stone has a unique purpose.

The setting takes place during the Ming Dynasty (1506) when the pass existing back then was strengthened to pose as a defense against intruders from the northwest. The supervisor tasked with overseeing the construction back then, Hao Kong, was said to be narrow-minded and often found pleasure in mistreating workmen. Among the workmen was a very sharp-minded man, Yi Kaizhen, who was also well versed in the Nine Chapters on Mathematical Art. He was a well-respected construction engineer of that time. Anything he constructed would be solid, strong and beautiful. Yi Kaizhen’s calculations of manpower and materials needed to complete constructions would always be accurate and exact by the number. Hao Kong, who was also a jealous character, didn’t believe in Yi Kaizhen’s capabilities and so he challenged him one day, just prior to the start of the works on the Jiayuguan Pass.

Hao challenged Yi to calculate the exact number of bricks that needed to be used to complete the construction. Thus, he asked Yi: “How many bricks do you need?” Because Yi was Hao’s subordinate, he was obliged to comply and take the challenge. After some time and some calculations, Yi responded: “I have calculated that it will take exactly 99,999 bricks to build the pass.” Of course, Hao didn’t believe Yi and responded: “Here are the number of bricks that you calculated. If you so much as miscounted the number of bricks needed by just one brick, I will have all the workmen punished by condemning them to three years of hard labor.”

The single stone that saves it all

Yi was confident that he and his fellow workmen would succeed and the 99,999 would be enough to complete the construction. Eventually, when the work was completed and everyone felt a rush of excitement, suddenly, one workman found the last brick that was unused. He grabbed the brick and hurried to Yi Kaizhen as fast as he could to inform him. Unfortunately, the unkind Hao also got the message of the single remaining brick and sluggishly rubbed his hands together, preparing to carry out his threat and punishment of the workmen. He approached Yi and snobbishly exclaimed: “You have miscalculated the number of bricks, and one brick remains unused!” Yi calmly and very convincingly replied: “The brick had been put there by a heavenly being to stabilize the wall. If anyone were to move it, the whole structure will collapse.” The deviant Hao became silent and his eyes opened wide when he heard this. He suddenly dared not pursue the issue further and quietly walked away.

From that day on, the brick remained in the same position on the Jiayuguan Pass, where it still lies today. Besides its mystical static properties, the brick also has a commemorating purpose. It commemorates the hard work, blood, and sweat that thousands of workmen put in to erect the Jiayuguan Pass and many other constructional wonders around China.

Translated by Chua BC and edited by Hermann Rohr