The Descent of a Heavenly Maiden 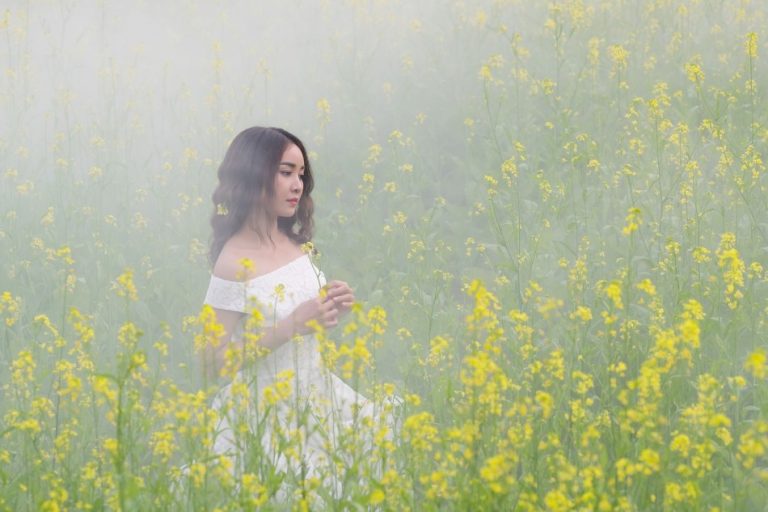 A story of virtue and filial piety. (Image: via Max Pixel)

There is a story about a heavenly maiden descending during the Han Dynasty (202 B.C. – A.D. 220). There lived a young man by the name of Dongyong, who lost his mother when he was a child. He grew up alone with his father, but there came a time when his father grew old and frail. To make a living, Dongyong would often do farm labor for others. While working on the farm, he would put his weak and ill father in a small wheelbarrow along with some water and food under a shady tree. It seemed a good solution as he could work and look after his father at the same time.

A humble heart was rewarded

When the time came that the old and frail father had to pass away, Dongyong had no money to pay for his burial. So in order to pay for his father’s funeral, Dongyong decided to sell himself. After realizing the true circumstances, his new master was so touched by Dongyong’s filial piety that he gave him 10,000 copper coins and set him free saying: “This is my gift to you for your father’s funeral. Go and take care of it quickly.”

After a mourning period of 3 years, Dongyong left his home to return to his master again, intending to repay the 10,000 copper coins. Meanwhile, everything that happened was being recorded by Heaven.

While he was on route to his master’s home, Dongyong met a very beautiful but virtuous woman, who insisted on marrying him. Dongyong replied: “I am in great destitution and completely penniless; above all, I am on my way to becoming someone’s servant. If you marry me, wouldn’t I be a humiliation to you?” The woman replied: “I will marry you regardless of how poor you are.” Dongyong felt he had no choice but to accept this humble woman as his wife.

Dongyong continued his journey together with his wife. They both eventually arrived at the master’s home, who was dumbfounded and said: ”The last time we met, I truly admired your filial piety; that’s why I gave you the money as a gift. Why do you return with another person?” Dongyong explained: ”Sir, I am in debt to you. Thanks to you, I was able to hold a funeral for my father. This is my wife. Please let us both work for you.” The master replied: ”What can your wife do?” The wife replied: “I can weave.” The master paused for a moment, gently brushing his beard downward before he answered: “If you can spin me 1,000 rolls of fine silk, you both may go home.” Then the master gave them a space with two rooms.

The miraculous work of the heavenly maiden

The woman went to work, but only at night. When all were asleep, she would start spinning threads. It took her only 10 days to spin and weave 1,000 rolls of silk cloth. She finished so fast that it seemed like a miracle. Both the master and Dongyong were astonished when they saw what she had accomplished in one night. With this, both Dongyong and his wife were free to go back home.

On the way home, the wife noticed that Dongyong still seemed puzzled about all that had happened. So she decided to tell him the whole story: “I am a weaving-maiden from Heaven. I arrived to marry you because you are so honest and filial. The heavenly court was so touched that it ordered me to descend to the human realm to help you repay your debts. Now, I have completed my mission and cannot stay in the human realm anymore. I must return. From here on, you must take care of yourself.” While she was speaking, clouds and mist began to form around them and Dongyong watched as his wife ascended to the heavens.