A Company That Wants to Bring Dead People Back to Life 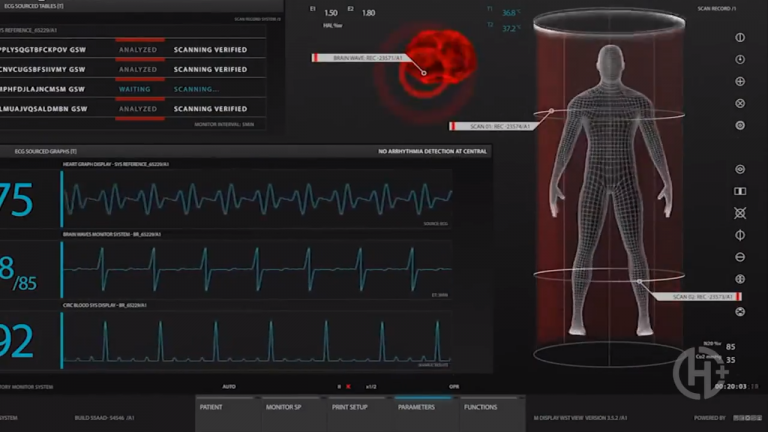 American company Bioquark is developing a technology that would bring people deemed ‘brain dead’ back to life. (Image: via Nspirement)

Human beings have always been curious about the idea of immortality. What if we could never die? Many scientists have spent their entire lives trying to unlock the secrets that would allow people to live forever. One of the latest in line, American company Bioquark, is now promising to make this fantasy a reality. The company is developing a technology that would bring dead people, that is those deemed “brain dead,” back to life.

A second chance for dead people

In scientific terms, a person who is said to be “Dead by Neurological Criteria” (DNC) is officially considered dead. In such a condition, no part of the person’s brain would be functioning at any capacity. From a legal perspective too, DNC is considered to be the final confirmation of a person’s death. But Bioquark believes that brain death need not be the final end.

“The concept that we would stop now at this point [brain death] is ludicrous. The goal is, there’s a continuum of consciousness. There’s brain death, or irreversible coma; one step after that is coma, and there are many stages of this; above coma is persistent vegetative state, and above that is your minimally conscious state — and above that, you are awake. So our goal is to progress up that chain, but we have to do this stepwise,” Ira Pastor, CEO of Bioquark, said to the Daily Mail.

Many species of fish and amphibians have the ability to regenerate parts of their nervous systems. However, humans do not have such an ability. The company is hoping that their research into stem cells will help create treatments that will allow human beings to regenerate portions of their brain and nervous system so that the subject can ‘

“come back to life” after a DNC incident.

Bioquark was supposed to have started their experiments in South America last year, with the initial stage focusing on stirring up brain activity in 20 brain dead subjects. However, the company has not released any official confirmation on whether the experiments started as scheduled.

Though many doubt whether Bioquark’s experiments will truly allow dead people to be reborn, the company’s research does have potential to be of use in the treatment of nervous system disorders like Parkinson’s and Alzheimer’s.

The idea of bringing dead people back to life raises several ethical issues. For one, the concept itself is such a far-fetched claim that it might trap relatives of dead people with false hopes. People might keep their dead loved ones in deep freeze and wait for years for the revival technology to arrive.

“By definition, DNC requires irreversible cessation of all functions of the entire brain, including the brainstem. As such, the proposal that DNC could be reversible is self-contradictory. DNC is well-acknowledged by the medical, legal, and ethical communities to constitute legal death. The public, however, has a poor understanding of DNC. The suggestion that DNC could be reversed provides families of brain dead patients a cruel, false hope for recovery. This is especially so for families that believe in reincarnation,” neurologist Ariane Lewis and medical ethics expert Arthur Caplan state in a report.

Secondly, there is a possibility that people who are brought back to life may not like being alive. Will they be allowed to die once more or will the law force them to continue living? If someone with a huge outstanding debt dies, will the lender have the right to revive them so that they live until the debt is paid off?

Will children automatically have the right to be revived because they haven’t experienced life in full? If a prominent scientist or intellectual dies, will the government have the right to bring them back because they are “important to society”? With death losing its meaning, does it mean that killing someone becomes a “lesser crime”?

There is also the spiritual aspect one needs to consider. People who are religious consider death as being defined by the event of the spirit leaving a person’s body. If someone were to be revived from death, will their spirit return or will this be considered another reincarnation? Will the revival process make their body host to another entity?

These are some of the ethical, moral, and spiritual dilemmas that arise from Bioquark’s proposed technology.