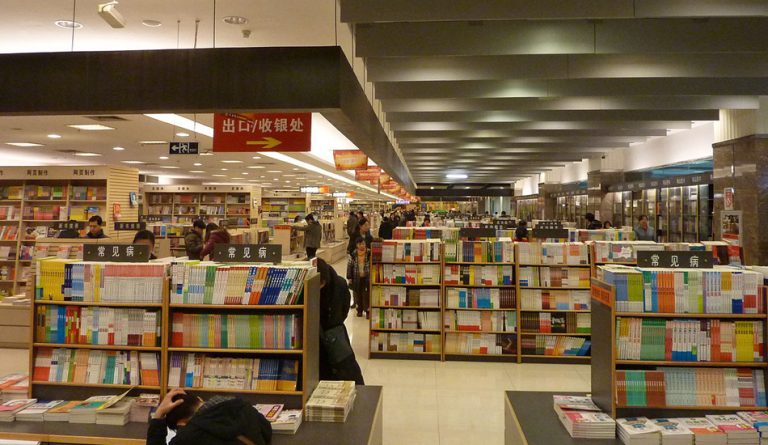 Bookstores selling books not approved by the CCP have been shut down in Hong Kong. (Image: via Wikimedia Commons)

A delivery service from Taiwan, SF Express, has reignited the debate on the menace of Chinese authoritarianism after it refused to send books to Hong Kong that it deemed were “harmful to China’s politics, culture, and morality.”

The first person who reported the delivery’s refusal to send books was columnist Leung Man-tao. During his trip to Taipei, he had asked the hotel’s concierge to send a few books to Hong Kong. The hotel later informed that three books could not be sent as the delivery service refused to carry them. As per SF Express’ Taiwan website:

“Articles which are harmful to China’s political, culture and morality. Content and packing that violate One-China Principle.”

“If this was really SF Express’s decision, was dedicated staff checking books at their Taipei delivery center? Or was it the delivery person checking the books one by one at the hotel? Does [SF Express] have a list of books they cannot transport?… Or do the staff members make the decision according to their own judgment?” Leung said in a statement (Hong Kong Free Press).

Leung added that he was initially surprised that the delivery refused to carry the books since some of them have even been translated and are in circulation in China itself. He asked whether the “one country, two systems” rule has already been implemented in Taiwan. Following the incident, Hong Kong’s Democratic Party lawmaker James To has asked both the Hong Kong and Taiwanese government to clarify whether any of the books referred to by Leung are under an import-export ban.

A few days later, a scholar from Hong Kong reported a similar experience with SF Express. The scholar, Chow Po-chung, is a professor of political philosophy at the Chinese University of Hong Kong. After coming to know about the incident involving Leung, Chow decided to publicize his experience.

“A week ago, one of my readers in South Korea told his friend in Hong Kong to send my book — Philosophical Notes on The Little Prince and To Care — to him. The person at SF Express said it could not be delivered because the content was sensitive… The book touches on many topics, including university education… The only ‘sensitive’ part is the last part, where I wrote down my thoughts on the Umbrella Movement,” he said in a statement (Hong Kong Free Press).

The Chinese Communist Party (CCP) has long been trying to curb the spread of certain books in Hong Kong, Recently, one of the last bookstores in the city that used to sell books banned by the CCP was forced to shut down due to pressure from Beijing.

“[The city] was once the place where mainland readers came looking for the truth. But today, you’re afraid to even mention these forbidden topics,” a person who used to visit the shop frequently said to The Guardian.

The closure of the “People’s Bookstore” has ignited concerns among human rights activists that the Chinese communists are now gaining complete control over who reads what in Hong Kong. As of now, there are no bookstores in Hong Kong that sell any material that is not approved by the communist censorship.

One of the leaders of the 2014 pro-democracy Occupy Movement, Joshua Wong, stated that the shutdown of the shop was another nail in the coffin for Hong Kong’s freedoms.