Chinese Astrology: 2019 Is the Year of the Pig 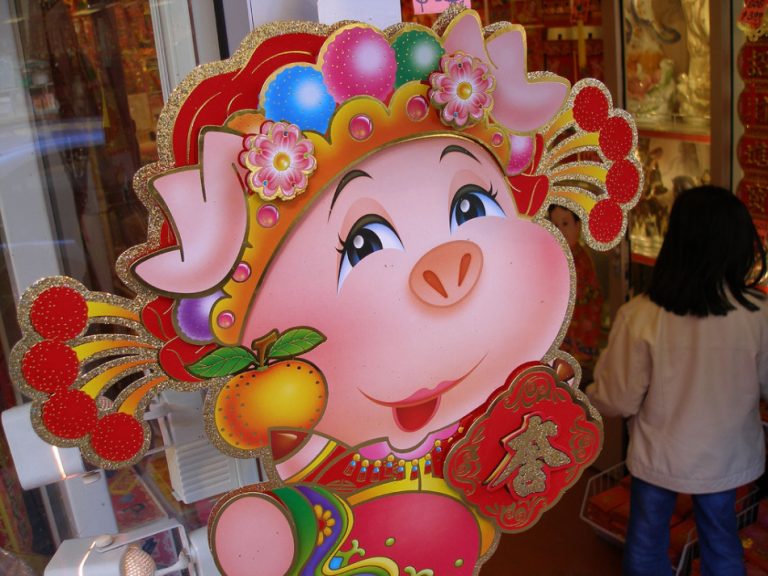 The Chinese New Year for 2019 begins on February 5, and it is the Year of the Pig. (Image: Gary Stevens via Flickr)

The festival is one of the most popular global events and is also the reason for the largest annual mass migration in the world as millions of Chinese leave the cities and head back home to spend time with families. People avoid referencing anything from the past year as their attention is focused on a new beginning. Overall, the Year of the Pig is a good year to make some money.

Horoscope predictions for the Year of the Pig

Expect a happy and prosperous year. You will likely undergo physical changes. Engaging in physical activities like sports can give you the appearance you desire.

This year will provide many opportunities to make money. You might also discover talents in new fields. Traveling can turn out to be very beneficial.

Since you took birth in a strong and independent zodiac, you usually do things your way. But this year, you will need to learn how to work with others.

Making friends and new acquaintances will be easy. The good deeds you have done in the past will start yielding results.

You will be able to obtain almost everything you plan for during the year. The projects you have been working on for so long will be finalized.

It will be easier to attain new skills. This is a lucky year in terms of finances. Consider investing in a new home or renovating an existing one.

You are the luckiest sign in 2019. Feel free to make ambitious plans for the year. Thanks to the good luck you enjoy, some of them may turn out to be huge successes.

You will have many opportunities to advance your career, especially in the months of June, July, September, and October. Stick with your inborn objectivity and prepare for the huge opportunities that will come your way next year.

Make sure to keep a level head to take advantage of the financial opportunities that come your way. If you are young, this is a good time to look for a workplace that is closer to your desires.

The events you will be exposed to this year may put you in the spotlight of the organizations you work for. Your life is likely to undergo several changes.

Avoid taking any new risks during the year. Your personal relationships and finances should not pose any major issues. You might consider changing your workplace.

Set your priorities clearly for the year. Put in the necessary effort and you should definitely start seeing positive results in the Year of the Pig.