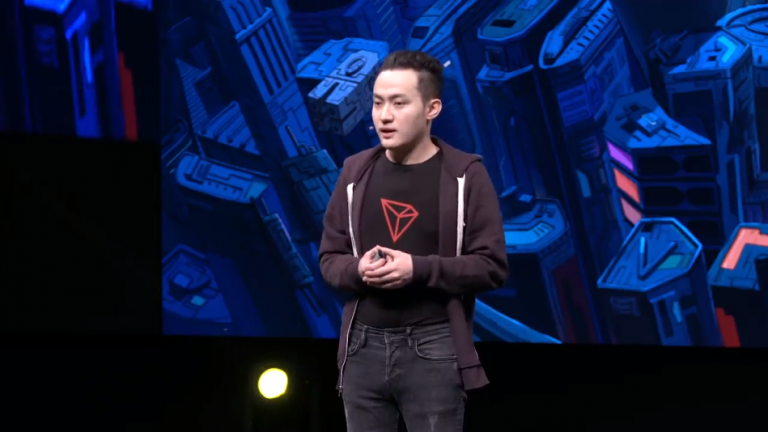 Entrepreneur Justin Sun is looking to develop a decentralized Internet built on the blockchain. (Image: Screenshot via YouTube)

As the Internet becomes a basic necessity like food and water, there has been a growing concern about keeping it open and free. Today, the Internet is largely regulated by governments and managed by a few large corporations. This has forced some people to look into the potential of a decentralized Internet built on the blockchain, as it would remove any meddling by any centralized authorities. Twenty-eight-year-old entrepreneur Justin Sun aims to realize this vision through his blockchain company, Tron.

Last year, Sun bought BitTorrent, one of the biggest file-sharing companies in the world operating a huge decentralized network. Sun calculates that by combining the blockchain with BitTorrent, Tron will be able to offer crypto rewards to users who use their computers for file sharing.

Right now, most people seed files on BitTorrent out of goodwill. But if Tron starts offering rewards, it will act as an incentive for more people to start seeding for longer periods of time. Later, Sun wants to develop decentralized content delivery networks, storage planes, and live streaming, essentially transferring a large number of Internet users to his blockchain network.

As a first step, around 1 million people are already testing BTT (the cryptocurrency of BitTorrent). By the end of the first quarter, Sun hopes to expand it to 20 million users. In the second quarter, it will move into production mode so that a major chunk of the 100 million strong BitTorrent users start enjoying the new protocol. As people discover that they can not only earn tokens but also spend them on things like bandwidth to speed up downloads, they are expected to become more interested in seeding the files. Eventually, they will be able to earn more rewards for contributing to a shared content delivery network (CDN) or storage.

In simple words, people share their computer resources with others on the network and earn cryptocurrency for it. This will essentially remove file sharing and CDN businesses as the “overlords” of the digital environment, creating a truly decentralized internet. “If you publish your game on iOS or Android, it’s controlled by Apple or Google. They take their cut and control your publishing. They can delete your game if they want to. But for Tron right now, you can build your traffic volumes, and you don’t have to pay a middleman to distribute your game,” he said in an interview with Venture Beat.

In addition to freeing the Internet from the shackles of corporate and government control, a blockchain Internet also ensures a safer, secure network. Since a blockchain runs on larger numbers of independent machines among a community of users, they are less susceptible to third-party attacks.

“By using blockchain-based platforms, DDoS attacks can be avoided. A decentralized Internet also leads to a decentralized domain name system. The DNS server translates website names that a user types in into an IP address and connects to the host. Attacks on these servers can cause epic problems — large Internet outages and lack of access to services like Github. Not to mention data storage hacks, which allow for massive data breaches at companies like Equifax earlier this year,” according to Electronic Products.

Today, users have to upload pictures on Facebook or Instagram in order to share them with friends. But with a blockchain Internet, users can store their pictures on their devices and still share them. You will never have to upload personal information on websites and risk having it compromised.