Soros Warns About the Risk of Chinese AI 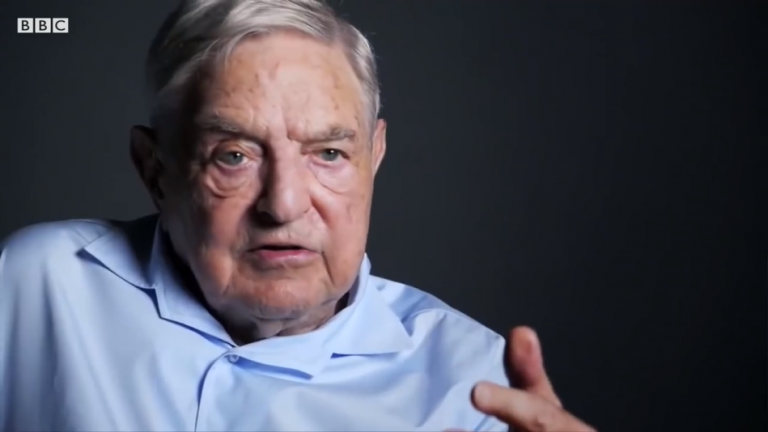 China’s AI advances are making many governments worried. Now, investor George Soros has issued a warning about how Beijing’s AI program could end up threatening open societies. He was speaking at the recently concluded World Economic Forum in Davos.

Replacing one monopoly with another?

In 2017, China issued a broad strategy that aimed to make the country a global leader in technology by the year 2030, dethroning the U.S. in the process. China is also implementing the Social Credit System that will determine a person’s standing in society by tracking multiple parameters like financial history, legal history, personal relationships, Internet activity, and so on.

“The social credit system, if it became operational, would give Xi Jinping total control over the people… The combination of repressive regimes with IT monopolies endows those regimes with a built-in advantage over open societies… They pose a mortal threat to open societies,” Soros said in a statement (Wired).

He also asked President Trump to take strict actions against Chinese companies like Huawei and ZTE to ensure that they don’t end up dominating the global 5G technology market. Soros suggested the formation of an international mechanism that would keep AI-oriented authoritarianism in check. To this end, he asked for the creation of a global technology-focused treaty between nations, akin to the treaty that led to the formation of the United Nations, so that the usage of AI systems for abusing human rights can be curtailed.

While the idea of a technology treaty between nations may seem wonderful, it also raises some serious concerns regarding its applications. For instance, a UN agreement on migration forced European nations to allow for mass immigration of Middle Eastern refugees and African nationals into their countries. Some EU nations now have misgivings about it and feel as if the excessive migrations are causing ethnic tensions in the region.

Will a technology treaty result in a similar event? What if the treaty forced countries to hand over the operation of certain weapons to AI because “Artificial Intelligence cannot be corrupted?” What if the treaty mandates the private information of a country’s citizens be made accessible to all nations? Such issues can create huge conflicts between nations.

China’s advances in military AI have been termed a danger to America by the country’s intelligence agencies. U.S. Director of National Intelligence Dan Coats warned in February 2018 that Chinese use of Artificial Intelligence could lead to more intense espionage and cyber-attacks against the United States.

“The implications of our adversaries’ abilities to use AI are potentially profound and broad… They include an increased vulnerability to cyber attack, difficulty in ascertaining attribution, facilitation of advances in foreign weapon and intelligence systems, the risk of accidents and related liability issues, and unemployment,” he said in a statement (The National Interest).

Last year, China demonstrated an unmanned tank and also a swarm of drones that are being developed as part of military AI programs. They are also reportedly developing deep sea Unmanned Underwater Combat Vehicles (UUCVs) to gain supremacy in the South China ocean floor. A large number of underwater sensor grids are expected to be deployed in the region to create an “underwater Great Wall.”

China’s commitment to developing AI weapons has even led to the country creating a training program for children. Last year, a batch of teens were selected from about 5,000 applicants for this very purpose. In America, such a move would have been termed as child abuse and generated a lot of criticism from the public. But in China, the CCP is not concerned about militarizing the minds of the country’s children, instilling them with thoughts of violence.