The Power of Filial Piety 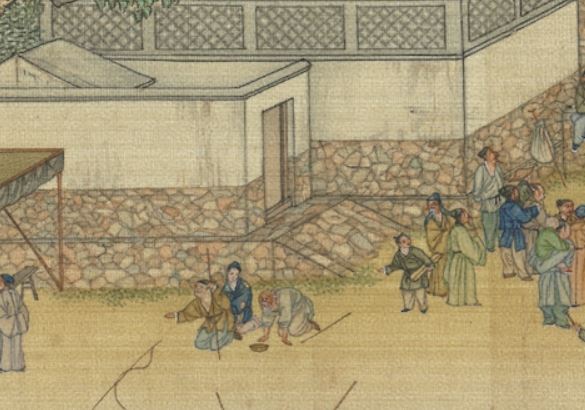 A man named Guo begged in the street in order to provide for his sick mother and brother. (Image: via The Epoch Times)

According to Confucianism, obedience, respect, and care for one’s parents and the elderly are considered to be the fundamentals of proper behavior. This virtue was known as filial piety in ancient times. Here is a folk story that tells of the incredible wonder that filial piety could bring.

A beggar by the name of Guo lived in Huofu City of Wanzai County during the Yuan Dynasty (A.D. 1271-1368) He was born with his left wrist and both ankles twisted out of shape. He could only pivot on his right hand to drag his body forward. People called him “Dragging Guo.” Dragging Guo’s mother was old and suffered from gout. His brother was also a sick man. Guo begged on the street on the first and fifteenth day of each month. People knew of his family’s situation and were willing to give him food and different items. Guo managed to bring in enough from his begging to sustain the three of them for 18 years without complaint.

One winter day in 1296, Guo met a Taoist priest on the street. Seeing that despite Guo’s own harsh life, he was still willing to honor filial piety to take care of his mother and brother, the priest gave him five pills. “Take the pills and your chronic ailments will be healed instantly,” he told Guo. Guo did as instructed. He swallowed all the pills and his twisted joints straightened into shape in just an instant.

The amazing recovery made Guo a normal person. He had no excuse to beg anymore, and neither did the people in town give him food any longer. Making a living for three mouths became a big problem for Guo. At this lowest point in his life, he met the priest again. Bowing respectfully to thank him, Guo said: “Thank you so much for healing me. But I was too foolhardy to take all the pills myself without thinking about my mother. She is still sick in bed. What should I do now?” For his filial piety, the priest gave him another five pills. He told him his mother’s sickness would be healed by taking two. A rich man who had the same illness as Guo’s mother heard about the remaining three pills.

The rich man said to Guo: “I heard that you have three miracle pills. I will buy them with a silver ingot (worth 50 taels, or over US$30,600). What do you think?” Guo did not want the money. Instead, he asked the rich man to provide for his family of three for life should the rich man really recover from his illness after taking the pills. The man agreed.

Upon taking the pills, the rich man was healed instantly. He kept his promise to provide for Guo’s family for the rest of their lives.

Their story spread around and people were amazed by Guo’s filial piety, which touched the immortal who in return bestowed blessings on him. Even a beggar like Guo could respect his parent and love his brother in such a way. As normal folks, we too can help others and accumulate good karma in our own way.