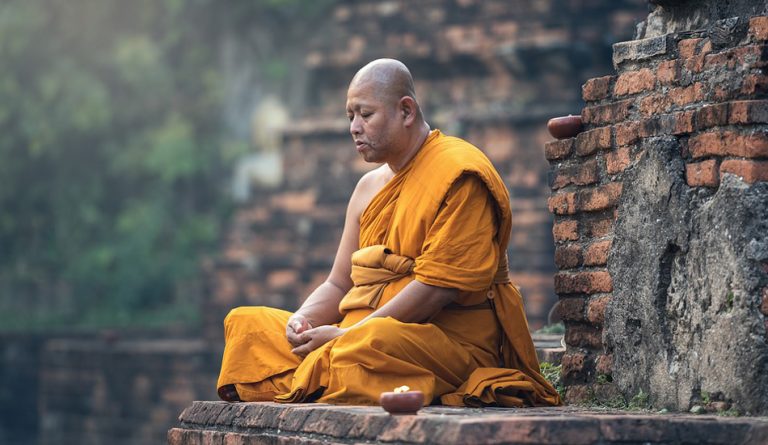 Scanning the brains of monks led scientists to realize that the human brain is capable of changing over a period of time. (Image: via maxpixel / CC0 1.0)

For most of the last century, the human brain was considered by psychologists to be unchangeable. However, their position underwent a radical change over the past few decades after conducting several experiments on Buddhist monks. Scanning the brains of these monks, scientists began to realize that the human brain is not “fixed,” but meditation can alter brain structure over a period of time.

Zoran Josipovic, a research scientist and adjunct professor at New York University, has been involved in the study of mediation from the perspective of neuroscience for a long time. In fact, he has been able to do an MRI scan of many prominent Buddhist figures during the course of his research.

“One thing that meditation does for those who practice it a lot is that it cultivates attentional skills. Meditation research… has shown to be very promising because it points to an ability of the brain to change and optimize in a way we didn’t know previously was possible,” Josipovic says in an interview with the BBC.

Through his studies, Josipovic discovered that when Buddhist practitioners relax their minds into a state of oneness, their neural networks change by lowering the psychological wall that separates them from their surroundings. Highly experienced Buddhist monks were also able to keep both their intrinsic and extrinsic neural networks active simultaneously during meditation.

The extrinsic part of the neural network is active in a human being when he deals with external things like typing on a computer, playing games, and so on. The intrinsic part of the brain only becomes active when human beings reflect on themselves. Generally, both these networks will not be fully active at the same time in regular people. However, since the Buddhist monks are capable of pulling this off, the practitioners have a greater ability to experience oneness with their environment.

Several other studies on the brains of Buddhist monks, most of whom were highly trained in mind control techniques, have consistently shown that thoughts can literally alter the brain.

“Cultivation theory, which suggests that repeated exposure to social messages shapes belief systems, not only has a demonstrable biological correlate, but that changing our perception of those social messages can not only change our thinking, but change the way we synaptically process the message — permanently. It means that social constructionism and the social construction of reality is not only a two-way street, but a genuine collaboration between self and society. We literally do create our reality, and we can change it, just as it can change us,” according to Psychology Today.

So, the next time you see your excessively cheerful friend asking you to ‘be positive’ to make life better, remember that they are not joking. Such claims now have a basis in science. This opens up several interesting possibilities in the field of psychology.

For one, meditation techniques can be developed that help people with depression, OCD, or drug addiction overcome negative beliefs. In fact, many drug rehabilitation centers already include meditation as part of their treatment. Children with low confidence or social anxiety can be exposed to meditation right from a young age so that they don’t end up growing up with self-esteem issues. Prisons that have started giving meditation lessons have discovered that the inmates become calmer.

We have only barely begun to scratch the surface of how the combination of mediation and neuroscience can help humanity. Deeper research into the subject definitely has the potential to lead us into a calmer, happier age.