U.S. and Russia in Race to Build Exoskeletons for Soldiers 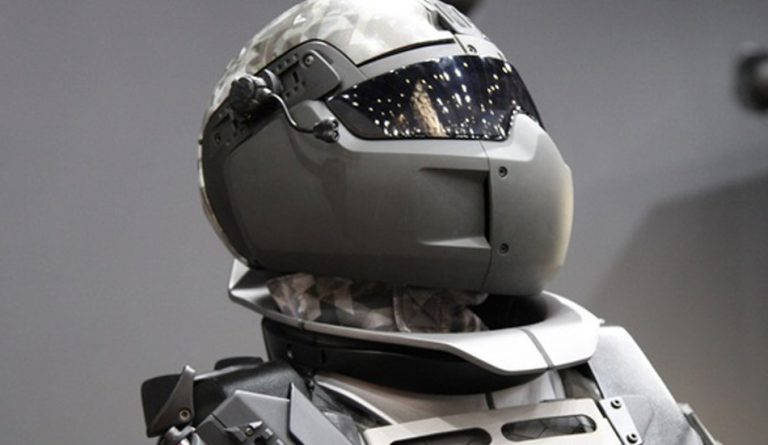 The United States and Russia are fighting a new arms race. This time, in pursuit of high-end exoskeletons for their soldiers. An exoskeleton is basically a frame or suit that a person attaches to the body to increase strength and endurance. A military exoskeleton will help soldiers carry more weight on their backs, walk great lengths without much fatigue, and boost abilities to the max.

Russia’s exoskeleton suit is dubbed the “Ratnik-3.” Composed of several armor plates, multiple motors, and black webbing, the suit was revealed at an army expo last year. According to makers, the suit was already tested in actual combat. However, this claim could not be verified. Some believe that the test might have been conducted in the midst of the Syrian war. Ratnik-3 is expected to be released officially in 2025.

“It really enhances a serviceman’s physical abilities. For example, the tester was able to shoot from a machine-gun only with one hand and accurately hit targets,” Oleg Faustov, an engineer working with weapons maker TSNIITOCHMASH, said in a statement (Defense One).

The suit apparently features about 40 life-elements. However, all such advantages are dampened by the fact that the battery life of the suit is not something to celebrate about. It is estimated that the suit’s battery just lasts for about four hours. Considering that soldiers march almost for the entire day during a war, the four hours is definitely a major downside.

To resolve the battery problem, Russia is reportedly trying to develop a compact energy source that will last for a long period of time. The entire suit has a very futuristic look.

The U.S. military has been betting millions in the development of exoskeletons that would turn ordinary American soldiers into super soldiers. To this end, it has provided US$6.9 million to Lockheed Martin. The company has reportedly taken a license from B-TEMIA from Canada, which has developed their exoskeleton to help people affected by mobility issues. Dubbed the Keeogo, B-TEMIA’s exoskeleton is for sale at a price of around US$30,000.

Lockheed’s exoskeleton has been named Onyx. The U.S. military’s interest in Onyx stems from the fact that its soldiers routinely carry about 40 to 64 kilograms of gear in war zones. The gear typically includes things like radios, night-vision goggles, and body armor. However, the recommended weight limit is just about 23 kilos.

“That means when people do show up to the fight, they’re fatigued… The fundamental challenge we’re facing with infantry troops is they’re carrying too much weight,” Paul Scharre from the Center for a New American Security (CNAS), who led a series of studies on exoskeletons and other advanced gear, said to Reuters.

The Onyx suit has one big advantage over Ratnik-3 — battery life. It is said that the Onyx exoskeleton battery lasts for about eight hours. This ensures that the suit can be used by a soldier for most of the day, unlike Ratnik-3. Though a single exoskeleton will cost tens of thousands of dollars, experts feel that the cost can be brought down with mass production so that most soldiers fighting for the U.S. military can be equipped with the exoskeletons.