Bank That Keeps the World Economy Ticking Has a Dark History 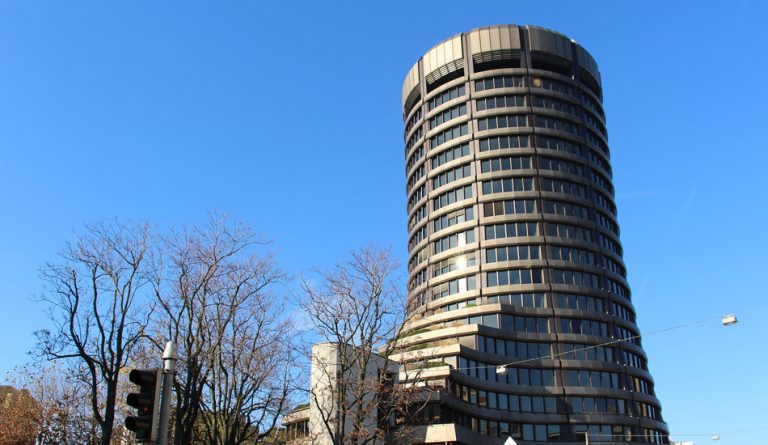 Headquartered in Basel, Switzerland, the Bank of International Settlements is an organization comprised of central banks of various nations. (Image: Fred Romero via flickr CC BY 2.0 )

The Bank of International Settlements (BIS) is an organization comprised of central banks of various nations. Headquartered in Basel, Switzerland, its function is to facilitate financial cooperation between countries and ensure stability of the global economy. However, the bank has a very shadowy history involving the Nazis and enjoys privileges that give it power over the law of the land in many countries.

The bank was established in 1930 as a means to facilitate reparations from Germany after the First World War. Once WWII broke out, the BIS was found to be involved in financial operations that aided the Nazis.

“During the war, the BIS became a de-facto arm of the Reichsbank [German central bank], accepting looted Nazi gold and carrying out foreign exchange deals for Nazi Germany. The bank’s alliance with Berlin was known in Washington, D.C., and London. But the need for the BIS to keep functioning, to keep the new channels of transnational finance open, was about the only thing all sides agreed on… A few miles away, Nazi and Allied soldiers were fighting and dying. None of that mattered at the BIS… Nationalities were irrelevant. The overriding loyalty was to international finance,” according to Zero Hedge.

Once the war was over, five directors of the BIS were charged with war crimes. Though Germans lost the war, the international contacts and networks developed through the BIS helped the country rebuild itself into an economic powerhouse. Today, the BIS has a membership of 60 central banks.

The BIS played a huge role in making the euro an acceptable global currency. It is said to be trying to persuade Canada, the U.S., and Mexico to release a regional currency called the “amero.” Many believe that the ultimate aim of the BIS is to launch a world currency that it claims will not only simplify transactions between banks, but will also solidify its position in the global economy.

“BIS is free from any democratic oversight. By rights granted under its agreement with the Swiss Federal Council, all of the bank’s archives, documents and ‘any data media’ are ‘inviolable at all times and in all places.’ Furthermore, officers and employees of BIS ‘enjoy immunity from criminal and administrative jurisdiction, save to the extent that such immunity is formally waived, even after such persons have ceased to be officials of the Bank.’ Finally, no claims against BIS or its deposits may be enforced ‘without the prior agreement of the Bank.’ In other words, they can do whatever they want, without consequences,” according to the Canadian Citizens Coalition For Monetary Reform.

While the history of the BIS is tainted by its involvement with the Nazis because of its “money is primary” philosophy, the Second World War also produced ethical bankers who fought against the Germans. Notable among them is Walraven van Hall, a banker from the Netherlands.

When Germans conquered the Netherlands in 1940, Walraven started funding the Resistance. Through his connections, he was able to borrow money from banks and wealthy individuals, diverting it to funding the fight against the Nazis and feeding refugees. Walraven siphoned US$50 million from the Dutch Central Bank, which was being controlled by a native who collaborated with Germany.

However, Walraven’s adventures did not last very long. He was soon caught by the Nazis and executed. In 2010, the government of the Netherlands built a small monument in his honor very near to the Dutch Central Bank.