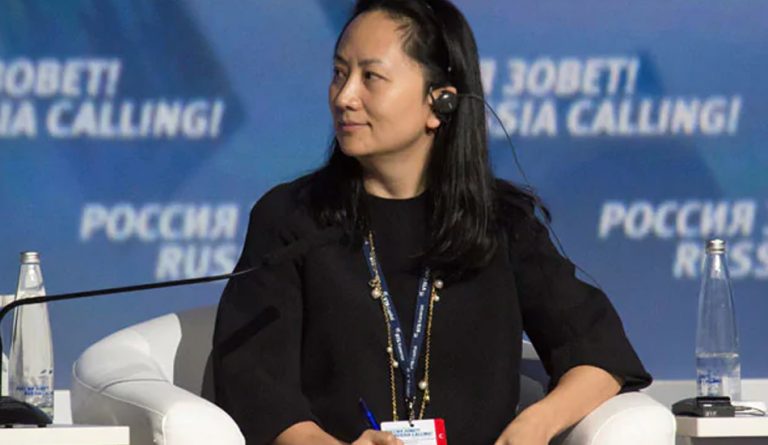 Huawei CFO Meng Wanzhou has been named as one of the defendants in the indictment. (Image: NDTV )

The United States has finally decided to expose Huawei’s illegal actions as the company has been charged for stealing trade secrets from a telecommunications firm and violating U.S. sanctions against Iran. The charges against Huawei come with the backdrop of a global boycott of the company’s products by several countries.

In a 13-count indictment, the U.S. Department of Justice (DOJ) stated that Huawei intentionally misled U.S. authorities and an international bank about its relationship with a company called Skycom Tech. They lied to the U.S. government that Skycom was a business partner. However, the Hong Kong firm was actually a subsidiary of Huawei and was conducting business with Iran at a time when the U.S. had put sanctions against any such activity.

Millions of dollars of transactions were reportedly carried out between Huawei and Iran. The indictment lists the company’s CFO Meng Wanzhou, who is currently under house arrest in Canada, as a defendant together with Huawei and two of its subsidiary companies, Skycom and Huawei USA. They are charged with wire fraud, violation of trade sanctions, conspiring to launder money, and bank fraud.

Ms. Meng is accused of conducting a presentation in August 2013 where she lied about Huawei’s relationship with Skycom to a bank executive. The United States government has sent a formal request to Canada asking for the extradition of the the company’s CFO. Canada’s Department of Justice will now determine whether an “Authority to Proceed” will need to be issued, following which an extradition hearing will be held to assess whether Ms. Meng will have to be handed over to the US authorities.

U.S. Commerce Secretary Wilbur Ross opined that the Trump administration was committed to ending Huawei’s illegal activities in the U.S. “As I told Chinese officials in August, China must hold its citizens and Chinese companies accountable for complying with the law,” Matt Whitaker, Acting Attorney General, said in a statement (VOA News).

In another 10-count indictment, the Chinese company has been charged with stealing trade secrets of T-Mobile. According to the prosecutors, Huawei tried to steal information about T-Mobile’s robot known as “Tappy” in 2012. The robot was designed to test smartphones. T-Mobile had already sued the company for this activity and the two companies apparently settled their dispute in 2017.

As evidence, the prosecutors have put forward emails between the company and Huawei USA that show the parent company’s aggressive attempt to obtain T-Mobile’s robot technology at any cost. In one of the emails, the company admits to employees that their actions would be considered illegal in the U.S. In addition, the company operated a global rewards program for employees who provided important information regarding competitors.

“As Americans, we should all be concerned by the potential for any company beholden to a foreign government — especially one that doesn’t share our values — to burrow into the American telecommunications market… That kind of access could give a foreign government the capacity to maliciously modify or steal information, conduct undetected espionage, or exert pressure or control,” Christopher Wray, Director of the FBI, said in a statement (National Public Radio).

Huawei is also accused of providing a false report that tries to pin the attempt of stealing information from T-Mobile as the work of “rogue employees.”